Advertisement
HomeBOLLYWOODENTERTAINMENT NEWSKareena Kapoor Khan opens up on her most iconic role ‘Poo’ from K3G, says ‘she can’t look at herself’ as the character anymore

Kareena Kapoor Khan has been in the industry for two decades now and has managed to carve a niche for herself. She has played many iconic characters over the years like Chameli, Dolly from Omkara, Geet from Jab We met, but it is the portrayal of Pooja Sharma aka ‘Poo’ from the 2001 blockbuster Kabhi Khushi Kabhie Gham that is the most popular. The character has become as iconic as any can be in the modern era of Bollywood. However, the actress has revealed that she cannot look at herself as the character anymore.

In an interview with a leading online portal, Kareena said that she recently saw a clip of Poo from the film KKHH and couldn’t bear to look at herself. When she was asked to elaborate further, Kareena said that she herself doesn’t know. She added that it was a long time ago and she was 20-years-old when the film was shot way back in 2000. She said that as a character Poo was very different and stated that she does not think that she could be Poo again. 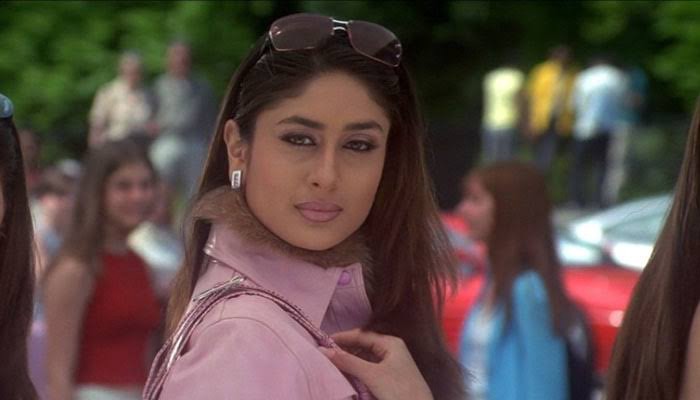 In the interview, Kareena stated that Poo was very loveable and she liked that and apparently the world did too. She also revealed that it was Karan Johar, the director of the film who enacted every nuance of Poo and Kareena merely followed his cues. She said, “Karan Johar was acting out all the scenes. He was acting every beat out because I think somewhere Poo’s energy is a bit like Karan – flamboyant, lovable and all heart. I think he knew this character the best and somewhere I was just following him. Actually, it was one character where the director performed each shot for me and I literally just followed.”

She said that Poo’s character is very flamboyant; with the way she talks and the lingo and mybe that is why she has found a place in people’s psyche. Kareena revealed that now she can’t walk on the streets of London without people addressing her as Poo.