Advertisement
HomeBOLLYWOODENTERTAINMENT NEWSPeople make and break their opinions too quickly, so I don't take it too seriously: Sara Ali Khan

People make and break their opinions too quickly, so I don't take it too seriously: Sara Ali Khan

Actress Sara Ali Khan, who is gearing up for the release of Love Aaj Kal, says that she doesn't take people's opinions too seriously. She added that in the age of social media, people make and break opinions only too quickly. "I think it (passing judgments quickly) is great. I feel you should make your judgments quickly because in the age of social media, you also take it back quickly. When someone says that he or she doesn't like a shot or a song (in a film) in a glance, but if they will watch it two or three times, then they might like it. So, I feel we shouldn't pay heed to what people say. I think everything is there in an open display, and people express their opinions a lot in today's time. People make and break their opinions too quickly, so I don't take it too seriously," said Sara, while promoting her upcoming film Love Aaj Kal with co-star Kartik Aaryan in Mumbai.

Sara's comment came in the wake of her recent statement during an interview, where she said that the harsh criticism that the trailer of her new film drew from certain quarters has hurt her. In the interview, she said that she didn't care if people judged her for her weight or fashion choices, but it did affect her when her acting skills were panned. The trailer for Imtiaz Ali's Love Aaj Kal was heavily panned online, mostly by netizens who felt Sara was overacting. Fans were disappointed at Sara for seemingly hamming through a particular scene. However, Sara says she was actually crying while shooting for the scene. 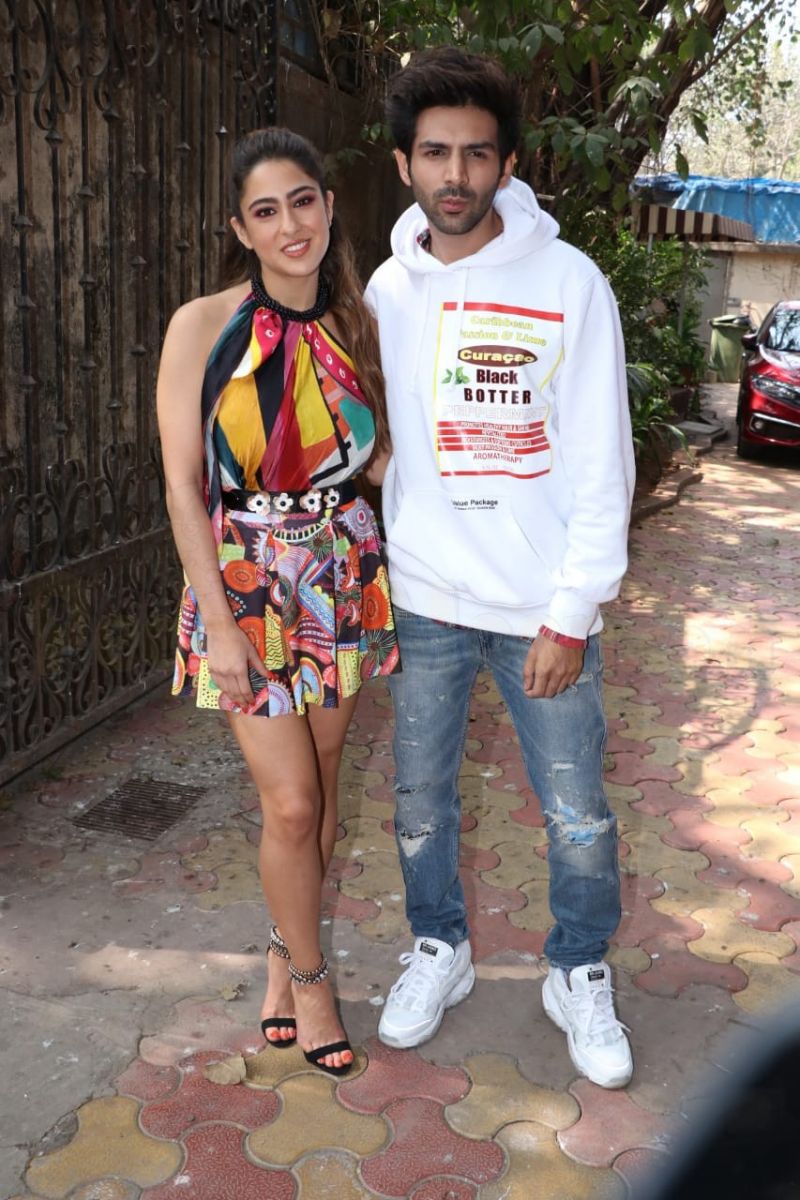 Criticism apart, people are eager to see Kartik and Sara's chemistry on the big screen for the first time, as it has been reported that the two stars have been dating for a while now. "We are grateful for it," Sara said about the buzz that the film has generated, adding: "It's not very often you see people showering this kind of love even before anything of the film came out. I am 98 per cent thankful but I am still two per cent nervous because there will be a lot of scrutiny on Valentine's Day. Keeping that aside, we are very thankful for all the encouragement we are getting for this film."

Being the daughter of Saif Ali Khan and Amrita Singh, does she feel her talent is inborn? "I wish that was the case but contrary to popular belief, its (acting) not in the genes. My father and mother have a lot of experience as actors and I have seen them doing that, so I can get some benefit out of that. But talent is a separate thing. Everyone has their strengths and weaknesses, and everyone has their destiny and journey. So, I dona¿t think that way," she said.

Love Aaj Kal is slated to release on February 14.