Kartik Aaryan to frontline 'Tanhaji: The Unsung Warrior' director Om Raut's next, a heist drama; film to go on floors later this year

Kartik Aaryan, with his recent choice of films, has managed to become a favorite not just with the audience but with leading filmmakers too. After back-to-back successes in 2019, the handsome hunk is all set to wow us with a number of interesting projects in the pipeline. Post Love Aaj Kal co-starring Sara Ali Khan, Kartik will be seen in Bhool Bhulaiyaa 2 and Dostana 2. Now, as he is gearing up for the release of Love Aaj Kal co-starring Sara Ali Khan, Kartik has signed yet another film. The yet-to-be-titled project will be directed by Om Raut, who delivered the blockbuster Tanhaji: The Unsung Warrior. It will be produced by Bhushan Kumar and will be shot across Indian and International locations. Talking about the same with a leading daily, Kartik told he was keen on doing an action film after a bout of rom-coms. He further added that he is excited to star and begin shooting for his first action project.

"I have been keen to do an out-and-out action film for a while now, and Bhushan Kumar knew about it. Recently, I watched Tanhaji and was completely blown away, not just by the spectacular visuals, but also the narrative. Om Raut’s vision, when it comes to storytelling using 3D, is amazing. I am excited to be a part of his next and can’t wait to start work on my first action film," Kartik told. The maiden collaboration of Kartik and Om will also in 3D similar to the director's last outing and is a heist drama, based on the lines of Dhoom and War. Bhushan, who has been associated with Kartik's past films like Sonu Ke Titu Ki Sweety and Pati, Patni Aur Woh, said the Om directorial will be mounted on a large scale and will be the actor's most expensive film so far.

“Right from SKTKS and PPAW to Bhool Bhulaiyaa 2, it’s been a long, successful association with Kartik. Though he has been successful in the romance and comedy space, he has always wanted to diversify and do an action film. Om’s vision and passion for cinema, which I saw in Tanhaji: The Unsung Warrior, made me want to back his next project as well. The action in that film was in a different zone, while this one will be more on the lines of movies like Dhoom and War. It’s our first film of this kind and will be a fast-paced movie revolving around a heist. The film will be made on a huge scale and will be Kartik’s biggest budget film so far," Bhushan added. 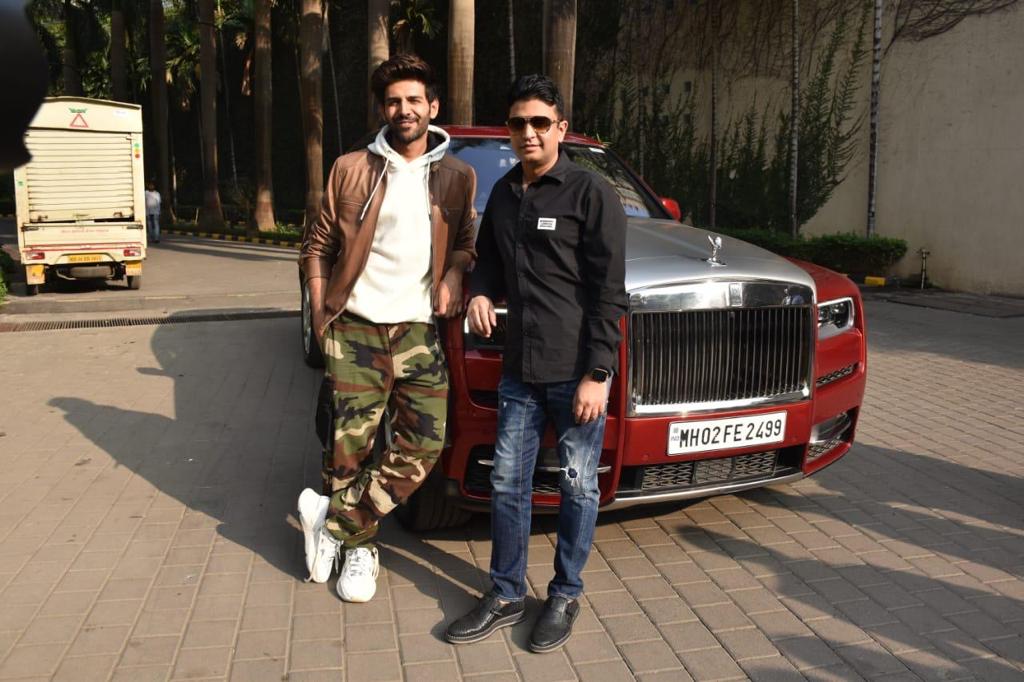 Om, who is currently riding high on the success of Tanhaji: The Unsung Warrior starring Ajay Devgn, Saif Ali Khan and Kajol, added that right from the initial stages of the film, he believed Kartik would be a perfect fit and is glad that he cam

The yet-to-be-titled heist drama is in its pre-production stage and will go on floors around August 2020. The rest of the cast is yet to be finalised.