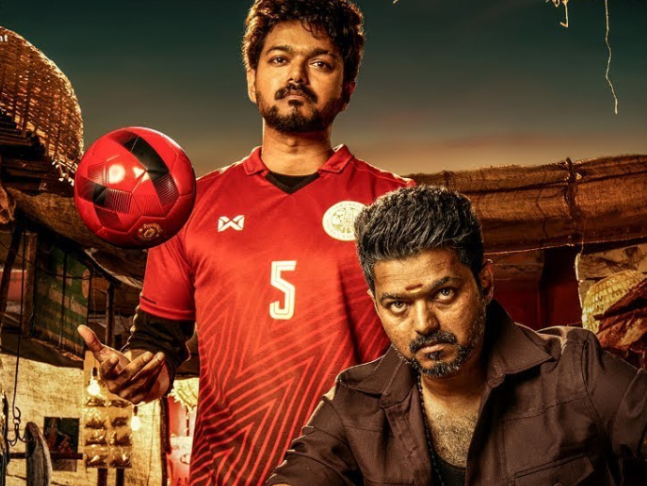 Tamil actor Vijay has been questioned by Income Tax Department officials in Neyveli of Cuddalore district in connection with an alleged tax evasion case linked to AGS Cinemas. The officials are also investigating the actor’s investment in immovable properties and remuneration received from AGS Group for acting in his film Bigil that released a couple of months back. The IT department said that it has seized unaccounted cash of Rs 77 crore from various locations in Chennai and Madurai that belonged to financer-cum-producer Anbu Chezhiyan.

During the search, a number of property documents, promissory notes, post-dated cheques taken as collateral security were also recovered and subsequently seized. The officials have estimated that the concealment is likely to exceed Rs 300 crore. IT officials raided AGS Group including AGS Cinemas and 38 other premises of the group were also searched including the residence and office of Kalpathi S Aghoram, an AGS promoter, and at the screens owned by his group. 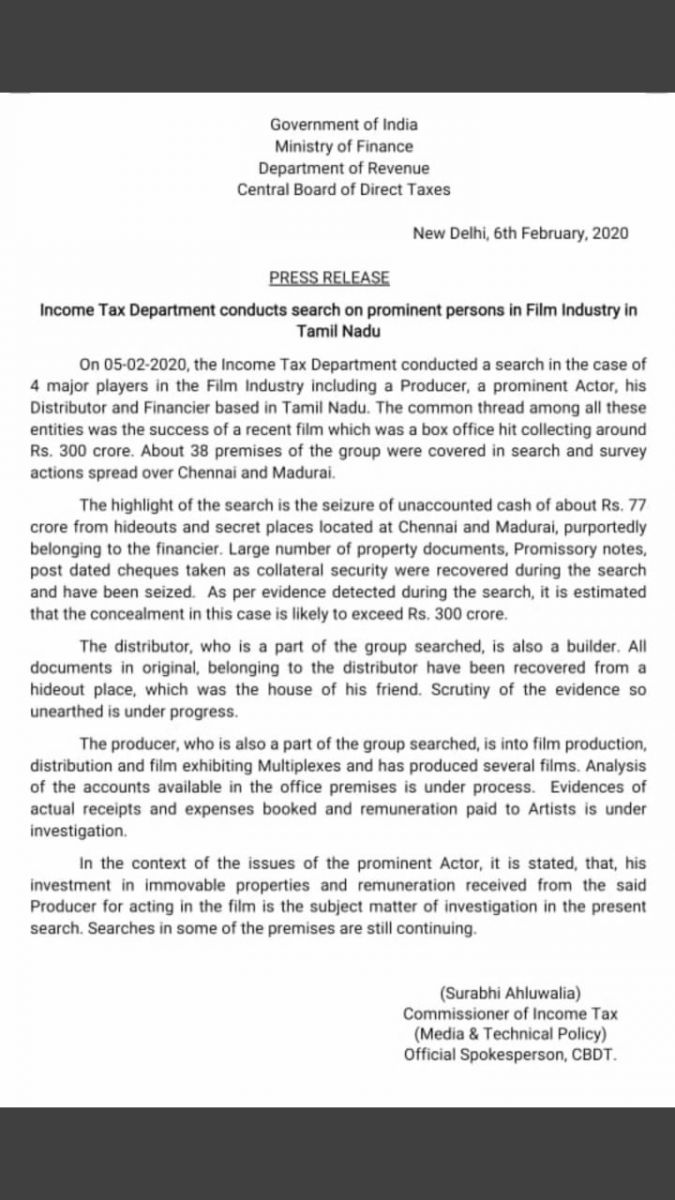 RECOMMENDED READ: Bigil trailer: Thalapathy Vijay’s dual role in the sports film will give you an adrenaline rush

An income tax official told a portal, “Actor Vijay is being questioned in connection with an alleged tax evasion case linked to AGS Cinemas.” The incident halted the shoot of his upcoming film Master which is written and directed by Lokesh Kanagaraj. A news agency reported that a raid has been carried at his residence in Chennai as well.