When it comes to taking the best stories to the audience, filmmaker Aanand L Rai is the master of the game. His ability to bring out stories of human interest and small towns and spin them into entertainers is a class apart act. Clearly, he has become the pioneer of small-town stories. His class apart style of making progressive cinema has changed the narrative of telling stories in Indian cinema.

Therefore, it doesn't come as a surprise that the ace filmmaker has three National Award to his credit. His film Tanu Weds Manu Returns won National Awards for Best Actress, Best Dialogue and Best Screenplay. His production house Colour Yellow Productions' film Newton, starring Rajkummar Rao also won a National Award for Best Feature Film Hindi.  It looks like the prolific filmmaker is going to break a unique record with his next film. 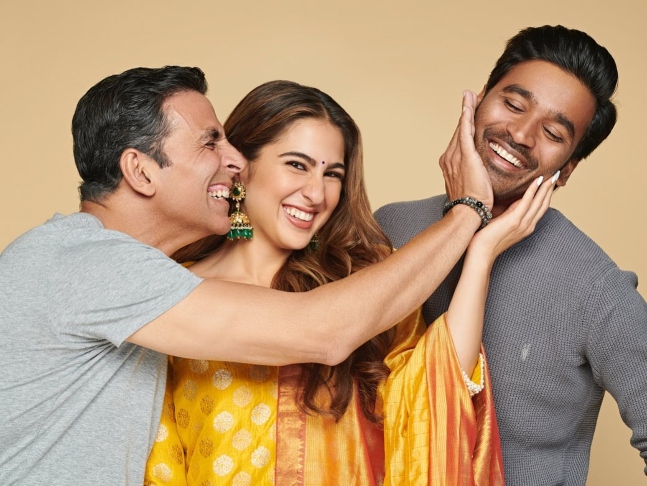 Recommended Read: I will meet him officially on the sets of our film now: Sara Ali Khan on working with Akshay Kumar in 'Atrangi Re'

Musical maestro A R Rahman, who won two Oscar for his work in Slumdog Millionaire. He also won a Golden Globe and Bafta Award. Besides this A R Rahman also a six-time National Award winner mastermind.

It doesn't end here. The film is being written by Himanshu Sharma, who won a National Award for Best Dialogue and Best Story for Tanu Weds Manu Returns. Clearly, this is a team of masterminds coming together to make an epic movie.