Advertisement
HomeBOLLYWOODENTERTAINMENT NEWSThere needs to be a certain kind of redemption and a sense of responsibility: Taapsee Pannu on differences between 'Thappad' and Shahid Kapoor's 'Kabir Singh'

There needs to be a certain kind of redemption and a sense of responsibility: Taapsee Pannu on differences between 'Thappad' and Shahid Kapoor's 'Kabir Singh'

The recently released trailer of Taapsee Pannu's Thappad sent a wave across the nation. The film that addressed the violence imposed on women by men, became the talk of the town for slamming the ideology shown in Shahid Kapoor's and Kiara Advani's Kabir Singh in a direct manner. The venture which is directed by Anubhav Sinha was hailed and supported by social media users who yet again bashed Kabir Singh for its violent content. Talking about the Shahid starrer, Taapsee, in an interview with an entertainment portal, drew out differences between the two films. The actress said Kabir's ideologies were reflected in the Sandeep Reddy Vanga directorial while the protagonist's thoughts are seen in Thappad. She further went on to add that there needs to be some kind of redemption and even when showing a negative character, there should be a sense of responsibility to not make him or her heroic for the audience to follow their footsteps.

"They showed it in their cinema because his thinking was like that, his movie portrayed that, right? Which is why they say cinema is a reflection of society. So our film is like this, so you will see it like how it is shown in the film, their film (Kabir Singh)'s thinking was the other way so you got to see it that way which obviously didn't go down well with a lot of us. There is obviously no problem in showing flawed characters, even I have played villain roles. But there needs to be a certain kind of redemption and you as a hero, we are demi-worshipped by the fans, right? So there is a sense of responsibility. Portray a negative character, forget about grey, be negative, but have that responsibility that eventually, people will not start emulating you, considering it heroic ki yeh toh heroism hai, main isko copy karunga. That is scary, especially in a society like ours which is still far away from being equal," Taapsee told. 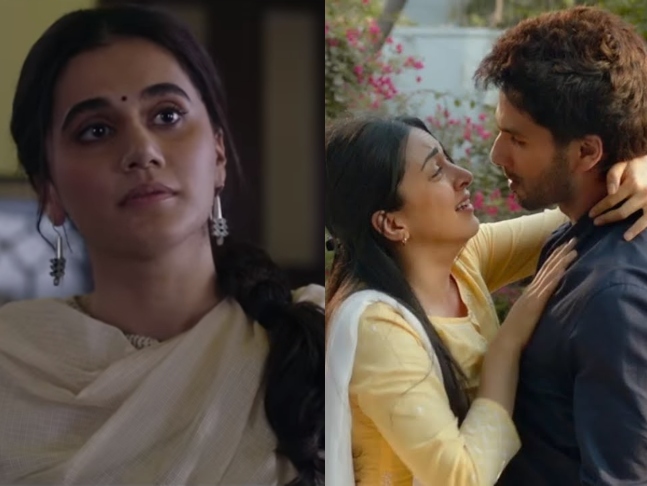 Recommended Read: It resonates because it reflects lived-in experience of most women in this country: Taapsee Pannu on 'Thappad' trailer

Kabir Singh, starred Shahid as a brilliant surgeon who becomes a self-destructive lover after his girlfriend Preeti, gets married off to someone else. Directed by Sandeep, the film released on June 21, 2019.