The death of late filmmaker Raj Kapoor's elder daughter Ritu Nanda came across as a major shock to her near and dear ones. Late Ritu who was Amitabh Bachchan's daughter Shweta Bachchan Nanda's mother-in-law passed away after battling cancer for a couple of years. Now, as the Bachchans, Kapoors and Nandas are coping up with the loss, Amitabh, post attending the funeral and prayer meet in Delhi with son Abhishek Bachchan, got back to work. The veteran actor, who is the brand ambassador of a renowned jewellery company, it seems shot for its latest advertisement with his actress wife Jaya Bachchan and Katrina Kaif on Wednesday.

Amitji, who is yet to move past the irreparable loss, penned a heartfelt note on his blog and shared inside pictures from the shoot that took place at a suburban studio. In the blog, he wrote that work is what life believes is the 'moving time wheel'. He further stated that 'the tragedies continue and bring immense sadness .. and uncertainty .. and fear and questions'. Concluding the note, Amitj said one shouldn't read the body, laughter and dance, but should 'read within' as the 'within remains veiled in the disguise of the profession'. 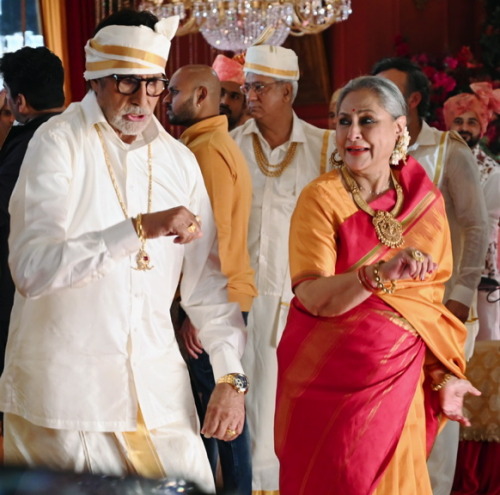 In the pictures shared by the actor, we can see him dressed in white and golden dhoti while Jayaji looks ethereal in a saree. Katrina is drop-dead gorgeous in a green saree as she dances away with the ace actors. 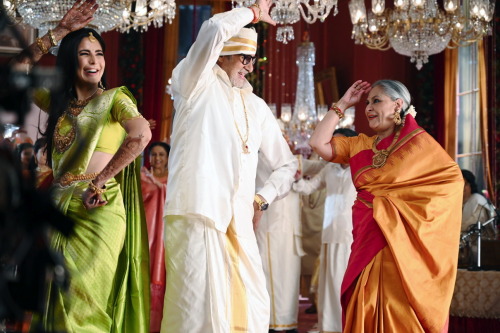 Workwise, Amitji will be seen in Gulabo Sitabo with Ayushmann Khurrana. He will also feature in Nagraj Manjule's Jhund, Chehre and Brahmastra.

Watch: ‘My name is Chang and I am not Coronavirus,’ says Meiyang C

Watch: Sonam Kapoor turns hairstylist for hubby Anand Ahuja amid Coronavirus lockdown but it is the raining kisses that is making us skip heartbeats

Exclusive: 'We are in the wait and watch game,' says Producer Jackky Bhagnani on Varun Dhawan starrer Coolie No.1's release date amid COVID-19

Exclusive - He told to unlearn all the preparation before going on sets: ‘Bamfaad’ debutant Aditya Rawal on his father Paresh Rawal’s advice for him