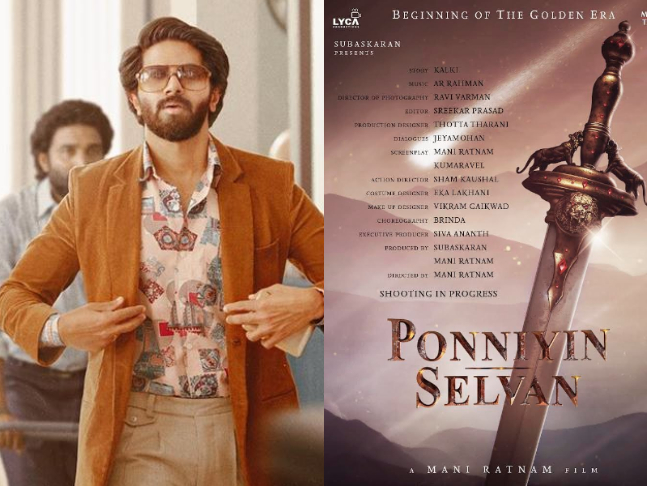 Malayalam star Dulquer Salmaan has kick-started 2020 with a bang that is sure to send his countless fans into a tizzy. Taking to social media, the star shared the first look of his upcoming film Kurup. Wishing his fans a ‘Happy New year’, Dulquer shared the first look poster from his film that is based on the true story of Kerala’s ‘most wanted criminal’ Sukumara Kurup.

He shared the look on Instagram and captioned it, “Production number 2 under #WayfarerFilms would be the very ambitious #Kurup ! Wishing all of you a very happy new year !! #Productionno2 #Kurup #imaperducer.” The film is special for Dulquer as he is producing it as well. Directed by Srinath Rajendran, Kurup also features Indrajith Sukumaran, Sobhita Dhulipala, Shine Tom Chacko and Sunny Wayne.

Production number 2 under #WayfarerFilms would be the very ambitious #Kurup ! Wishing all of you a very happy new year !! #Productionno2 #Kurup #imaperducer

On the other hand, Mani Ratnam’s highly anticipated film Ponniyin Selvan’s poster has been unveiled. The poster shows a sword with a golden hilt that bears the Chola dynasty’s tiger emblem at the crest and features the words, 'Beginning of the golden era' on the top. However, the poster has been marred by controversy as lyricist Vairamuthu’s name is not in the credit list.

Reportedly, Vairamuthu was supposed to pen the lyrics but is no longer a part of the film as allegations of sexual harassment surfaced against him. On December 13, when an official announcement of the cast and crew of Ponniyin Selvan was made Vairamuthu’s name was absent from the list but the makers have not issued any official statement.