A few days ago, Nikhil Dwivedi made a surprising revelation regarding Salman Khan and Shah Rukh Khan reuniting after nearly two decades. The actor-turned-producer, during an interview with a leading daily, told that the Khan superstars had almost come close to the stage of collaboration for a film by Sanjay Leela Bhansali which got shelved as the filmmaker wasn't satisfied with the second half of the script and needed time. Talking about the statement and the reports of working with Shah Rukh in the next Bhansali film, Salman, during an interview with a leading daily, took a dig at Nikhil and his revelation. The actor, who is basking in praise for the recently released Dabangg 3, joked that Nikhil and Bhansali are teaming up for the film wherein the former will direct and the latter will act.

"I think Nikhil Dwivedi and Sanjay Leela Bhansali are coming together in a film which Nikhil will be directing and Sanjay will be acting in it," Salman joked. 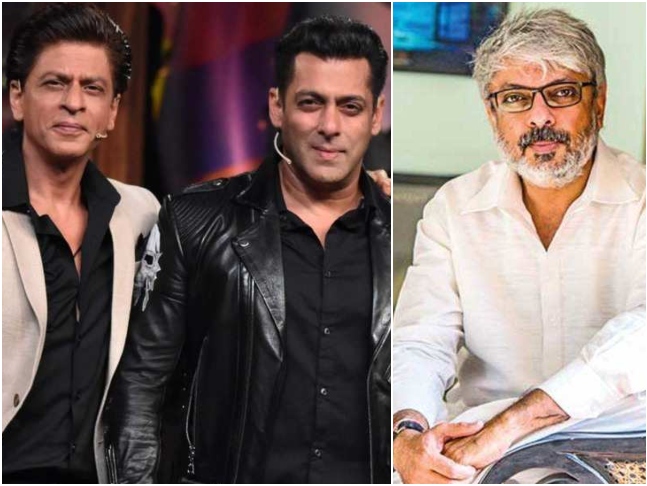 Speaking of Nikhil's statement, he said, 'It almost happened. Both SRK and SK had agreed to come together, we were excited about it. But I believe Mr. Bhansali wasn’t very happy with the second half of the script and wanted more time to work on it."

Nikhil, for the unversed, is the producer of Salman's Dabangg 3 that also stars Sonakshi Sinha, Saiee Manjrekar, Arbaaz Khan, Mahesh Manjrekar and Pramod Khanna. Dabangg 3 is directed by Prabhudeva and released on December 20, 2019.