The on-screen collaboration of Shah Rukh Khan and Salman Khan is undoubtedly one of the much-awaited news in the last few years. The actors, who had a fallout a couple of years ago, haven't shared the screen space since then, leaving their fans sheerly disappointed. Delighting the audience, reports suggesting their celluloid reunion did the rounds earlier this year and we couldn't wait for further updates. The film, as per the buzz, was to be directed by Sanjay Leela Bhansali. However, neither Salman nor Shah Rukh addressed the buzz. But now, during an interview with a leading daily, Nikhil Dwivedi, who was the producer of the said Bhansali project, confirmed the rumour and told Shah Rukh and Salman had agreed to collaborate. Though, the actors were in the film, Sanjay, it seems, wasn't happy with the second half of the script and needed time to work on it. Unfortunately, Sanjay and Salman, who were teaming up for Inshallah after 20 years, said to have had a split owing to creative differences, putting the fate of the other film into the dark.

"Yes, it almost happened. Both SRK and SK had agreed to come together, we were excited about it. But I believe Mr. Bhansali wasn’t very happy with the second half of the script and wanted more time to work on it," Nikhil told. 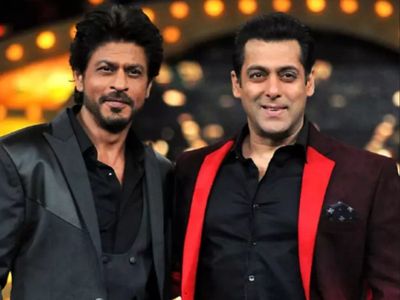 Nikhil, when asked about the chances of the project to be revived, told, he is doubtful. “I have my doubts,” Nikhil added.

Speaking of Salman and Shah Rukh, the actors although made cameos in each other's film but haven't teamed up for a full-fledged project.