Advertisement
HomeBOLLYWOODENTERTAINMENT NEWSNot Salman Khan, but THESE actors were the initial choice for the role of a former out-and-out negative cop Chulbul Pandey in 2010's 'Dabangg'

Not Salman Khan, but THESE actors were the initial choice for the role of a former out-and-out negative cop Chulbul Pandey in 2010's 'Dabangg'

As Bollywood's one of the most popular action franchise, Dabangg is all set to enter into its third installment, the lead actor, Salman Khan is not just excited to present the prequel but also nostalgic and why not. With two back-to-back blockbusters in the form of Dabangg, the actor has emerged as a mass favourite with his rustic character named Chulbul Pandey who is a Robin Hood cop. Now, as Dabangg 3 will hit the screens in another four days' time, Salman has been keeping extremely busy with interviews and promotional activities where he spoke his heart out about the advent of Dabangg in 2010. During an interview with media, the 54-year-old actor delved deeper into what went behind the first film and told that he wasn't the primary choice for the role of Chulbul. Well, yes. Salman said his younger brother Arbaaz Khan, who now plays Makkhi Pandey in the franchise, was being considered with Randeep Hooda. The action venture, that initially had a negative shade to Chulbul's character and was 'very dark', was later modified by the director Abhinav Kashyap when Salman came on board.

“It was a very dark film, small film to be made under Rs 2 crore. At that point of time, it had Randeep Hooda and Arbaaz. So Arbaaz said he has been approached for this and it’s a good one so just hear it. Then six-eight months passed before I finally heard it. I think UTV was supposed to do it. I liked the feel of the film but Chulbul was out and out negative. That film didn’t have any action, certainly not at this scale. There were no songs and we never get to know who killed the mother... We started working on it and Abhinav agreed to all those changes. He did a very good job with the first one,” Salman told. 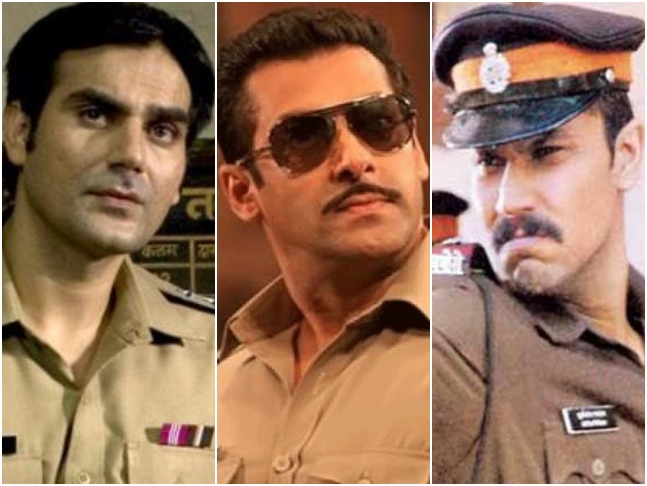 Talking about approaching Abhinav to direct the second installment, Salman added that the former had his own reasons for not doing so. “We asked Abhinav to do the second one but for whatever reasons he said he didn’t want to do it, that we didn’t let him make his film,” Salman added.

Speaking about Dabangg, the first film released in 2010 with Salman and Sonakshi Sinha in the lead roles. The second part came out in 2011 and the third will release on December 20, 2019. Dabangg 3 is directed by Prabhudheva and produced by Arbaaz, Salman and Nikhil Dwivedi, stars Salman, Sonakshi Sinha, Saiee Manjrekar, Sudeep, Mahesh Manjrekar and Pramod Khanna. It is scheduled to release on December 20, 2019. Dabangg 3 revolves around Chulbul Pandey's journey from a local goon to becoming the Robin Hood cop in recent times. Sonakshi plays the role of his wife Rajjo in the current period with Saiee being his love interest, Khushi in his youth. Sudeep is the main antagonist Balli, who locks horns with Salman.