Advertisement
HomeBOLLYWOODENTERTAINMENT NEWS‘The message of our film will now reach a much wider set of audience,’ Rani Mukerji on 'Mardaani 2' getting a U/A certificate from the censor board

‘The message of our film will now reach a much wider set of audience,’ Rani Mukerji on 'Mardaani 2' getting a U/A certificate from the censor board

Rani Mukerji’s Mardaani 2 has become a film to definitely watch in the theatres as its gripping trailer and brilliant storyline has bowled over audiences. The edge-of-the-seat thriller will see Rani in a race against time to capture a brutal serial rapist who systematically targets women. Mardaani 2 focusses on the rise in violent crimes by juveniles in India and has definitely sparked a conversation on the threat this poses to young girls.

Rani is delighted that her film has been given a U/A certificate by the censor board because she feels Mardaani 2’s important social message will now be able to reach a lot of people. She said, “I’m thrilled that Mardaani 2 has been given a U/A certificate from the censor board. This means the important social message of our film will reach a much, much wider set of audience and we will make that much more people aware of the growing social menace of violent juvenile crimes happening in our country.” 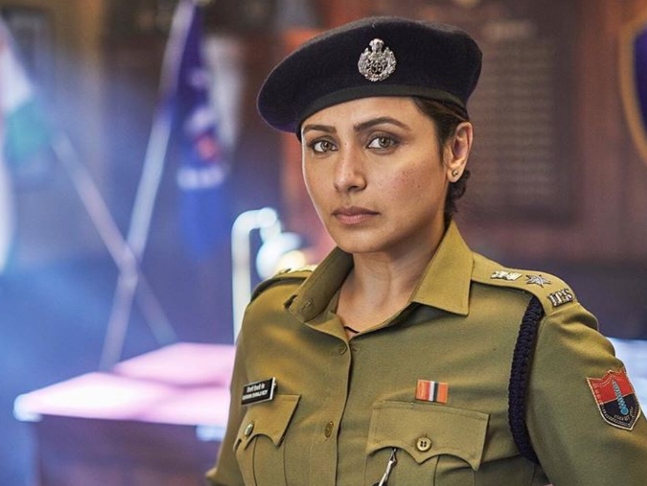 Rani said Mardaani 2 will be an eye-opener to audiences about the rapidly increasing violent crimes committed by juveniles. “Our film has some very important things to say and we want the entire country to see our film to realise the threat that our families, especially our daughters face today from nameless, faceless underage criminals who are around them, sitting next to them and following them as preys. The U/A certification will help our cause in a big way,” she added.

Rani is reprising the role of the fearless and committed Superintendent of Police, Shivani Shivaji Roy in Mardaani 2. She had delivered a knock-out performance in the superhit and hugely acclaimed prequel, Mardaani, in which she took on the kingpin of a child trafficking racket. In Mardaani 2, Rani has been pitted against a very young yet dangerous villain who can be called pure evil.

Produced by Aditya Chopra, Mardaani 2 will be Rani’s next release after the global blockbuster Hichki that delivered 250 crores worldwide. Mardaani 2 is set to hit theatres on 13th December.

This is the conspiracy against me to malign my image: Ganesh Acharya b