After 40 long years, superstars of South cinema Rajinikanth and Kamal Haasan to reunite for a film directed by Lokesh Kanagaraj?

It won't be wrong to say that Rajinikanth and Kamal Haasan changed the dynamics of India cinema in the last four decades. Redefining the term superstardom and star worship, the two unprecedented stars of Kollywood have established a legacy that can be never taken over. While Kamal's and Rajinikanth's off-screen bond is nothing short of a dream for their fans, the actors' onscreen magic is something the entire nation looks up to. Having done films like Anthuleni Katha, Moondru Mudichu, Avargal, 16 Vayathinile, Aadu Puli Attam, Ilamai Oonjal Aadukirathu, Thappu Thalangal, Aval Appadithan, Allauddinum Albhutha Vilakkum, Ninaithale Inikkum and Thaayillamal Naan Illai together, Rajinikanth and Kamal decided to not work together due to commercial reasons. With this announcement, fans of the actors were sheerly left disappointed and hoped for the day of a reunion to come faster than ever. Now, after several years, with certain reports doing the rounds, it seems the reunion film is on the cards. Well, yes.

According to reports, Lokesh Kanagaraj, who shot to fame with Karthi's Kaithi, is said to be planning a film with Kamal and Rajinikanth. Adding fuel to the rumour, the filmmaker, recently, paid a visit to both the superstars, indicating that the film is seriously being considered by the trio. However, there is no official confirmation on the same and if things fall in place, the project will account for one of the biggest ones in the history of Indian cinema. 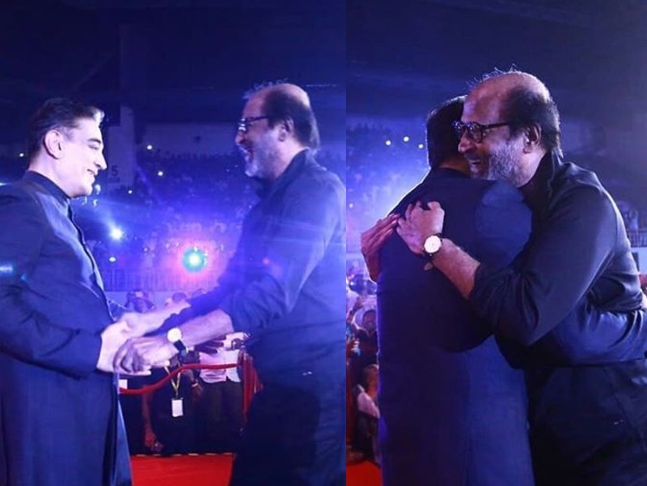 Recommended Read: Kamal Haasan Ungal Naan: Rajinikanth gives a glimpse into his four decade old friendship with the actor on the occasion of his 60 years in cinema

Workwise, Rajinikanth wrapped the shoot on AR Murugadoss' Darbar and shall soon begin filming for Siruthai Siva's next production venture. Kamal is currently busy with Indian 2 directed by Shankar and has his own directorial titled Thalaivan Irukiran in the pipeline. Lokesh is working on Vijay's upcoming project, reportedly titled Thalapathy 64.