I had to take mild doses of hormone pills to look different: Kangana Ranaut on gaining weight to play Jayalalithaa in 'Thalaivi'

The first look poster of Thalaivi, which casts Kangana Ranaut as late Tamil Nadu chief minister J. Jayalalithaa, was launched on Saturday. As soon as it was out, her fans expressed excitement at the idea of seeing the actress essay the late politician in the upcoming film. If the poster, which comes with a short teaser, is anything to go by, Kangana has certainly gone a huge transformation for the role. In fact, did you know Kangana gained six kilos and took mild doses of hormone pills to look like Jayalalithaa?

Talking about the same, Kangana told a leading daily, "[When aping a person for cinema], actors usually get the apparel and appearances on point, but not the physical transformation. Vijay wanted me to resemble her as closely as possible. She [Jayalalithaa] endured a drastic physical transformation in her life. Having grown up as a Bharatanatyam dancer, she had an hour-glass figure. Then, when she joined politics, she had an accident which demanded that she be injected with huge doses of steroids. While we could not depict all of that, we did take measures [to resemble her during these phases]." 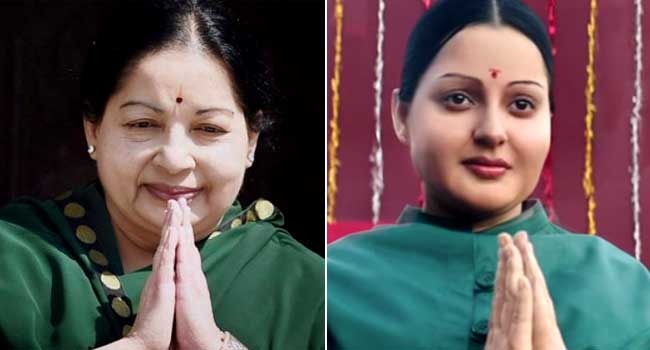 Revealing that she put on six kilos for AL Vijay's directorial venture, Kangana added, "That was needed so as to look voluptuous, especially around the belly and thighs. Since I am tall and skinny, and my face is angular, not round, I had to take mild doses of hormone pills to look different. Of course, I also started eating foods that promote weight gain." For the prosthetics, the makers also sought aid from Jason Collins of Blade Runner 2049 and Captain Marvel fame. "During the portions showcasing her as a young politician, we aimed to only make my face look fuller. As for the rest of the body, it took the team seven hours each day to acquire the look," she added.

Kangana signed off by saying that being 'fiery' in real life made it difficult for her to acquire Jayalalithaa's soft-spoken demeanour. "It's a body language that I am being introduced to for the first time," she concluded.