Ever since cinema maverick Sanjay Leela Bhansali announced his upcoming ambitious project Gangubai Kathiawadi with Alia Bhatt, avid film watchers and fans of the duo were sent into a zone of excitement, naturally. The venture that assures to be high on great performances and a grandeur that every vision can behold till eternity, Gangubai Kathiawadi is undoubtedly awaited by the entire nation. While a majority of details from the film including the name of the male lead actor has been kept under tight wraps, we have got to know that the set has been mounted and it is something that Bollywood has never seen before. And this grandeur left Alia, who will be playing the titular role, awestruck. Well, yes.

Sources close to the film informed that while passing by the sets, Alia was taken aback with the magnanimity. “Alia was passing by and was completely awestruck by the magnanimity of the sets. The film set for Gangubai is not just larger than life but also a lot more grand and beautiful than Sanjay sir’s earlier films like Padmaavat and Ram Leela. There is a lot of fine detailing that has gone into making of the set and it is bigger than what anyone would have ever since,” the source told. 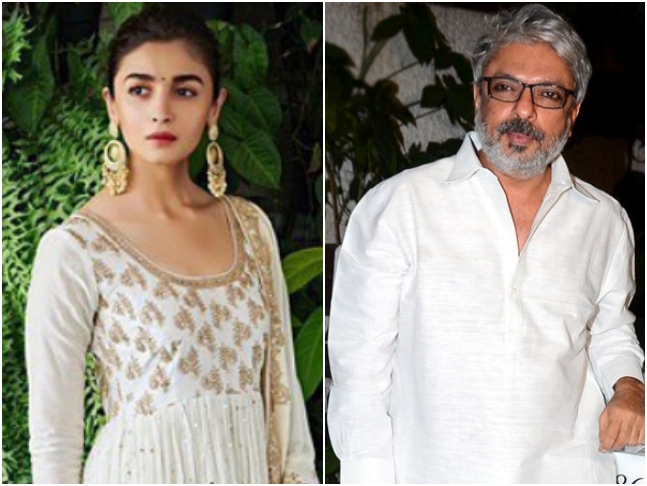 Gangubai Kathiawadi is said to be based on a brothel madam from the red light area, Kamathipura in Mumbai. She is said to have changed the face of the region and is one of the most remembered women from the history of Mumbai. Gangubai is believed to have been pushed into prostitution at a very young age and became the most influential pimp, having served several renowned criminals from the city. The film is inspired by a chapter from the book Mafia Queens Of Mumbai. As per PeepingMoom.com sources, Ajay Devgn will be playing the lead role opposite Alia as Karim Lala.