Advertisement
HomeBOLLYWOODENTERTAINMENT NEWS'Mardaani was born out of the Nirbhaya case and was our way to caution young girls,’ says Rani Mukerji

'Mardaani was born out of the Nirbhaya case and was our way to caution young girls,’ says Rani Mukerji

Rani Mukerji, in her over two-decade-long career, has established her ground as a bankable and a versatile actress. Right from acing emotional and romantic roles to packing up intense punches, she has done it all, leading the films to become blockbusters. Rani, who was last seen as Naina Mathur, a teacher with Tourette syndrome in 2018's Hichki, is back at being the fierce and powerful cop Shivani Shivaji Roy with Mardaani 2. While the sequel to the crime thriller produced by the actress' husband Aditya Chopra has managed to generate a positive hype, it is the prequel that holds a special place in the hearts and minds of the audience, including Rani. The 41-year-old actress, during an interview with an entertainment portal, spoke about Mardaani and told with the film, they created awareness among young women and girls to be safe. She further added that the film came during the phase when the country was coming to terms with Nirbhaya's unfortunate incident and the project was hers and the makers' way to make a request to women to be cautious of evildoers and stay safe.

"Mardaani 1 was born out of the Nirbhaya case where collectively as a nation we were angry, we were disgusted. We wanted to do something. And I think, Mardaani was my way or our way, as a whole team, to basically tell the society, tell the women, tell the girls out there to be aware that these crimes are happening, please protect yourselves. So, that time Mardaani was very very close to my heart," Rani told. 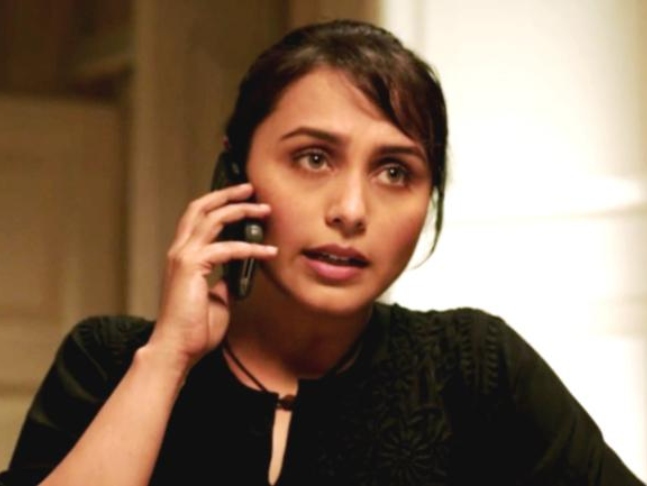 Recommended Read: If you don't have self-doubt you can't move ahead in life: Rani Mukerji

In Mardaani 2, Rani will be seen pitted against a 21-year-old menacing villain who can be called pure evil. The antagonist is played by television actor Vishal Jethwa. The film marks the directorial debut of Gopi Puthran, who wrote the script for the first Mardaani film. Produced by Aditya Chopra, Mardaani 2 will release on December 13, 2019.