Sometimes, actions speak louder than words! As in the case of this really funny video shared this afternoon on Twitter by action superstar Akshay Kumar and the dynamic director Rohit Shetty. It is in immediate response to an untrue article on a Bollywood digital site that says the duo, who are shooting the last scenes of their March 2020 cop universe actioner Sooryavanshi, have had a major fallout and are now not on talking terms but fighting one another. The report also suggested that co-producer Karan Johar had to step in and mediate between the two. 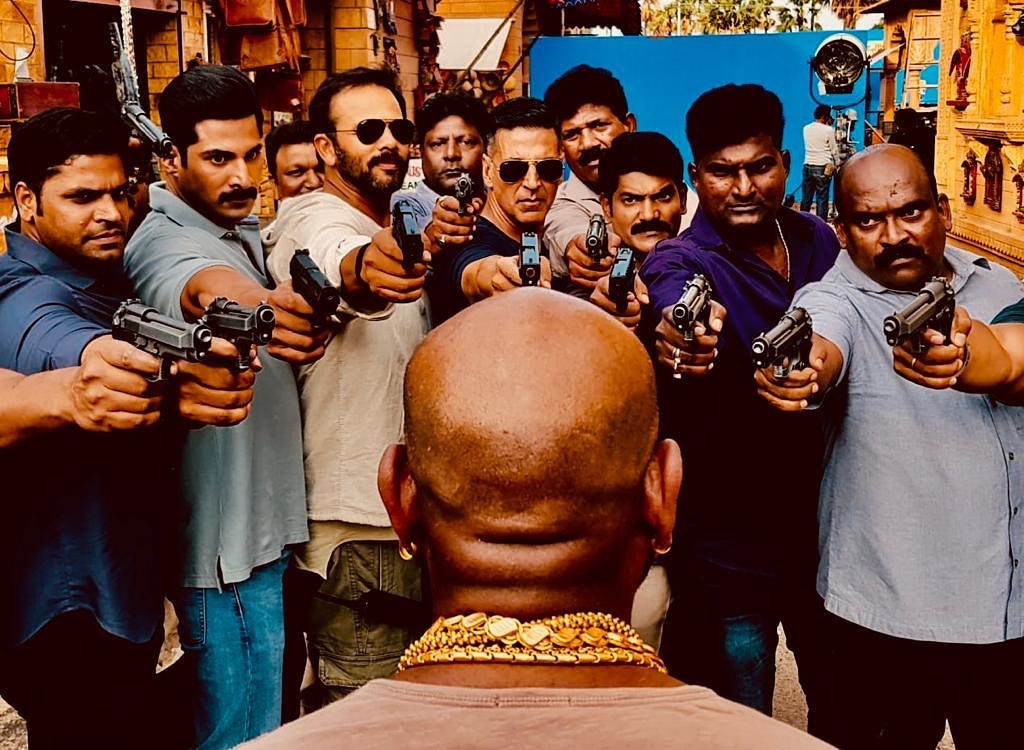 Another actor, another director might have let it pass. But Akshay and Rohit were not having any of it. Promptly, they scripted a video that had them scuffling and grappling and coming to blows on the sets of Sooryavanshi. When supporting cast and crew, also in the comedy act, attempt to break them up, Akshay and Rohit keep struggling and shouting, “We have to fight! Let us fight! We have had a fallout!” Adding to the fun quotient is the lovely Katrina Kaif, Sooryavanshi’s leading lady, who gives the video its muhurat clap! For the record, sources from the Sooryavanshi sets say, there is absolutely no bad blood between Akshay and Rohit, and the film is rolling to an amicable and very thrilling finish.

#BreakingNews - A fallout which might just make your day @itsrohitshetty @katrinakaif

The climax action scenes, involving Rohit’s super cops Bajirao Singham (Ajay Devgn) and Bhalerao Simmba (Ranveer Singh) along with the new entrant into the filmmaker’s cop universe – Veer Sooryavanshi (Akshay Kumar), were recently shot at the Ramoji Studios in Hyderabad in an atmosphere of great bonhomie and professionalism. Akshay, Ajay and Ranveer got on like a house of fire in Hyderabad and Rohit came away with the look of a filmmaker who will go laughing all the way to the bank after his film releases. But the last touch to today’s “breaking” story and the funny riposte from Akshay and Rohit is the tweet finally put up by Karan Johar himself. Tongue firmly in cheek, KJo tweeted, “This is something even I can’t mediate!!!”

this is something even I can’t mediate!!!! @akshaykumar #RohitShetty #KatrinaKaif https://t.co/U78eh3xwgV