'My timeline won’t allow me to explore the web anytime soon,' says Vicky Kaushal with a slew of promising theatrical releases

Vicky Kaushal who got noticed by the audience after his performance in Netflix Original film Love Per Square Foot, recently said that he will not have time to explore the web at least for the next two years. The actor, who made his debut with Luv Shuv Tey Chicken Khurana, did two web films - Love Per Square Foot and Lust Stories, now has a slew of promising films coming up.

Given the star status he’s enjoying at present, when asked if he’s only focused on doing films and keeping work on the digital platform at bay, Vicky said, “Abhi filhaal toh nahi. For the next two years at least, my timeline won’t allow me to explore the web. There’s so much lined up in terms of films.”

However, he is quick to acknowledge the great content that’s being churned out for the web. “Some of the shows that I’ve watched are great. I don’t get the time (to see a lot of shows), but I often download and watch them during long travel, either on flights or even in my car because Mumbai traffic leaves you with that much time (chuckles),” Vicky added, “Also, if I don’t have anything lined up for the next day, I binge-watch during nights because I’m quite the nocturnal person.” 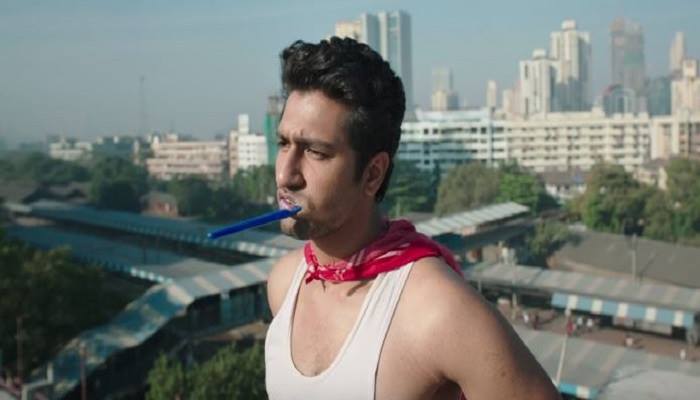 The actor further added that he wanted to change this habit. “I don’t want to be a nocturnal person anymore. I want to be an ‘early to bed early to rise’ person. But it’s very difficult to work on it, raat main thodi shanti hoti hai and you want to spend some time alone. But I hope I get there,” he said.

Not only binge-watching shows but Vicky also lives to take a long drive on the streets on Mumbai. “Driving is therapeutic. I love it. At times, after coming back from a shoot, thaka hara hota hoon toh I just go for a quick drive and play some music. You know how it is in Mumbai with traffic and parking. So, I go late in the night and come back home and straight hit the bed. This makes me happy. The ‘me time’ is so precious,” he said.