Arjan Bajwa who is known for his charming personality and a rich baritone is all set to bowl over the audience once again as Col. Kunal Sahota in Operation Terror: Chhabbis Gyarah, a web-series based on the horrific terror attack that shook Mumbai on 26/11. The makers have recently revealed the first look for the show and Arjan in the uniform is stealing the hearts. 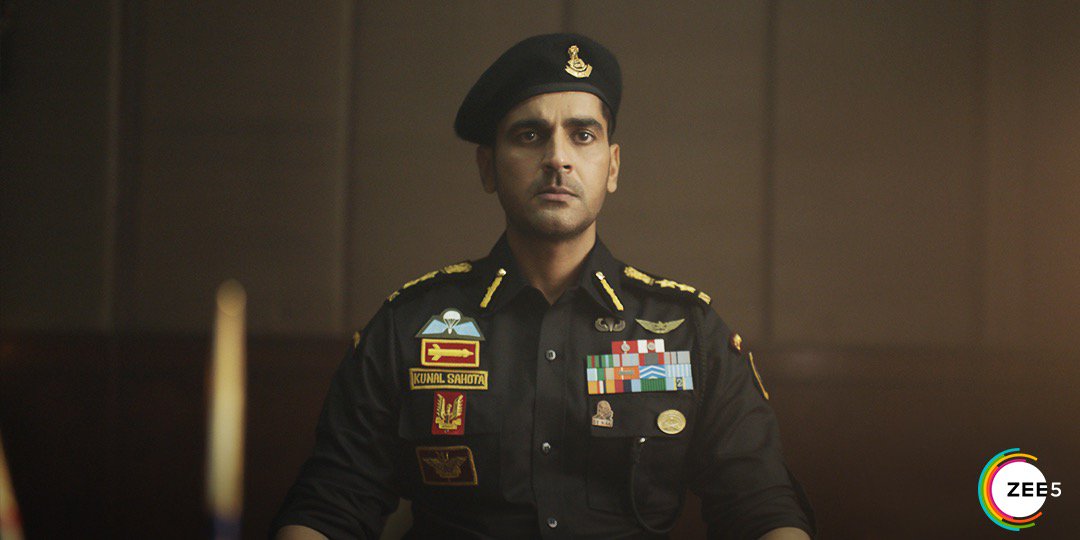 This web show is based on Sandeep Unnithan's book, 'Black Tornado: The Three Sieges of Mumbai 26/11'. The show will consist of eight nail-biting episodes and the audience will get to see Arjan Bajwa in a completely new role. The show is produced and created by Abhimanyu Singh of Contiloe Pictures and co-created and directed by Matthew Leutwyler.The other actors in the web show include Arjun Bijlani, Mukul Dev, Vivek Dahiya, Tara Alisha Berry, Sid Makkad, Vikram Gaikwad and Avinash Wadhwan.

Arjan was last seen playing the role of Shahid Kapoor’s brother in Kabir Singh and left an unforgettable mark in the minds of the audience through this performance. Having dabbled various roles in various Bollywood movies including Guru and Fashion, Arjan is very excited about his upcoming projects and this web series, which has been shot in various parts of India, and other popular destinations including United States of America and Israel.