Advertisement
HomeBOLLYWOODENTERTAINMENT NEWSShah Rukh Khan's next to not get the title 'Sanki' due to this Salman Khan connection?

Shah Rukh Khan's next to not get the title 'Sanki' due to this Salman Khan connection?

It won't be wrong to say Shah Rukh Khan, over 27 years in Bollywood, has managed to carve a place for himself in the hearts of millions with his acting skills and sharp looks. However, the unfortunate debacle of his December 2018 release Zero made the actor take a back seat on the work front. While Shah Rukh is currently enjoying a break from films, his fans have been waiting with bated breath for him to return on the silver screen as soon as possible. Amidst this fan frenzy, reports did the rounds that Shah Rukh will be teaming up with Atlee Kumar, a renowned Tamil director for his next, which was said to be titled Sanki. Touted to be the tale of a hot-headed man, Sanki created an immense buzz even though the film hasn't been greenlit officially. However, as per the latest development surrounding Shah Rukh's much-awaited next, reports suggested that the film with Atlee won't be titled Sanki. As per reports of a leading daily, the said title has been registered with renowned producer Sajid Nadiadwala for quite some time now. Sources close to the development informed that Salman Khan had suggested Sanki as the title for their film Kick but went with the latter eventually. Since then Sanki is with Sajid and without a No Objection Certificate, no filmmaker can proceed with the said title.

“Salman had suggested that Sajid register the title when they were making Kick. Even though they eventually stuck with Kick for their film as it was a remake of a Telugu film with the same title, Sajid still owns the title Sanki and without his NOC (No Objection Certificate), no one else can use it. In fact, there are three other producers in the queue for this much-wanted title,” the source told. 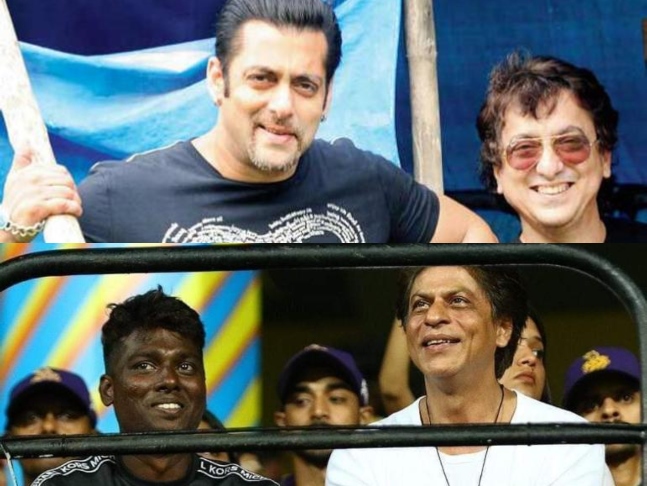 Adding further, Sajid's spokesperson, in an interview with the daily, told that the scripting and casting for Sanki has been completed and the team shall announce the film after Christmas. "We will be officially announcing the project soon after Christmas," the spokesperson.

Well, with reports suggesting Sanki to not be the title of Shah Rukh's next, it remains interesting to wait and watch what the actor has in store for us.