Anil Kapoor and Govinda will soon be seen sharing screen space in the sequel to their 1997 film Deewana Mastana. The actors made an announcement on the sets of dance reality show Nach Baliye 9. John Abraham, who is working with Anil in Pagalpanti, may also be a part of the sequel to the 1997 film.

On the show, Govinda said, "Anil Kapoor is one of the most genuine people I have met and worked with in my life. He is my senior and I always looked upto him, but I was very scared to talk to him. Anil was always so cordial that he never made me feel any different from him." 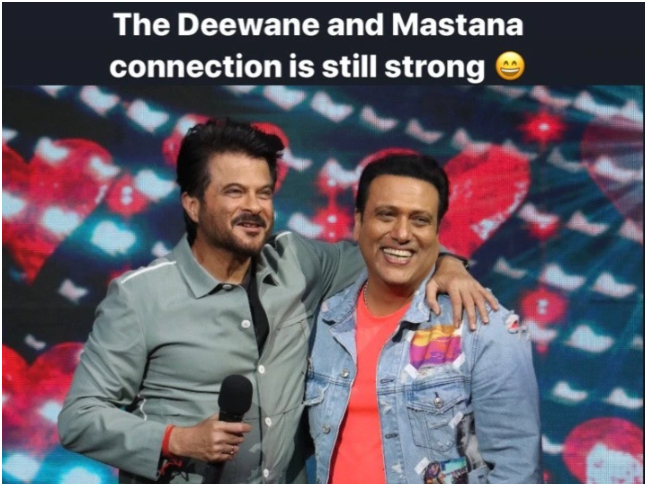 Recommended Read: Govinda and Sunita Ahuja twin in red as they promote daughter Tina Ahuja’s latest music album on the sets of ‘The Kapil Sharma Show’

Making the announcement of the sequel, Anil Kapoor said, "Since Govinda and I have met after a long time, I would like to announce Deewana Mastana 2. This time we will have John Abraham too."

Anil Kapoor appeared on Nach Baliye 9 to promote Pagalpanti along with John Abraham and that's when they decided to remake their 1997 hit film Deewana Mastana.