Diwali in the country holds a special and unconditional importance in the hearts of all. Right from dressing up in their best ethnic designer wears to spending quality time with family and friends, the festival grips everyone into its mesmerising glory. Keeping up with the flavour of the festival, Bollywood celebrities are known for hosting some of the most sought after parties with the who's who of Bollywood in attendance. While some filmi couples and families prefer to keep it private while some call for a star-studded bash. Similarly, celebrities including Anil Kapoor and Amitabh Bachchan threw lavish parties at the residence, which was attended by a host of stars. And with personalities whom we love being in the guest list, we decided to dig into the happenings inside the parties and oh darling, they seemed to be so much fun! So let's dive deep and take a look at what went inside their star loaded parties right here.

Wondering where were they spotted? Well, unfortunately, Deepika Padukone and Ranveer Singh, who celebrated their first Diwali post-wedding kept the celebration restricted to only family members at their residence. The actors, who will be sharing the screen space in Kabir Khan's '83 had an intimate Diwali celebration with Ranveer's parents-Anju Bhavnani, Jagjit Singh Bhavnani and sister Ritika Bhavnani along with Deepika's parents-Prakash Padukone, Ujjala Padukone and sister Anisha Padukone. The Padukones and Bhavnanis brought in the festivities in a cozy atmosphere. 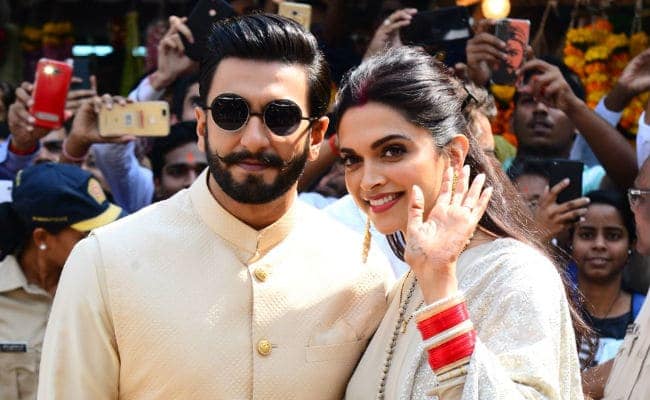 Among the biggest and most sought after parties was held by Anil and his family including wife Sunita Kapoor, daughters Sonam Kapoor Ahuja-Rhea Kapoor and son Harshvarrdhan Kapoor at their residence in the suburbs with their extended family and industry friends. Well, apart from the star-studded guest list, what caught our attention was the fun-filled bash's inside pictures that spelled crazy and we have proof. In attendance at the party, from the family were sisters Janhvi Kapoor, Shanaya Kapoor and Anshula Kapoor, who accounted for some major fun sibling goals. In a picture shared by Anshula, the younger sister of actor Arjun Kapoor, we can see the pretty one go candid with Janhvi and Shanaya. Spilling chill vibes, Janhvi, Shanaya and Anshula were a mirror reflection of all us on a lazy day.

You can sit with us, but first you gotta find some space between all our lehengas #Mess #KapoorSisters #FamJam #LehengasAMileLong #WalkingChristmasTrees #Diwali2019 #TheyGonnaKillMeForPostingThis

During the party, host Sonam unleashed her hidden dancer and shook a leg like there is no tomorrow. After getting out of exquisite ethnic wear she opted for the party, the actress went comfortable in a pair of pants and an oversized shirt. Watch the video here:

It won't be wrong to say Amitabh Bachchan's Diwali party is a perfect amalgamation of tradition and celebration. The party that plays host to almost half of Bollywood, in unarguable the largest ones hosted in the tinsel town. While we all know the members of the guest list, but what happened inside the party, remains to be the most interesting part. Amitji, on Tuesday, on his Twitter account, shared some exclusive pictures from their Diwali puja, where his wife Jaya Bachchan, son Abhishek Bachchan, daughter-in-law Aishwarya Rai Bachchan and granddaughter Aaradhya Bachchan are seen offering prayers to Goddess Laxmi.

T 3532 - On the auspicious festive week our love and prayers to all ..
pic.twitter.com/DcH2RaowNe

Shah Rukh Khan with his wife Gauri Khan hosted a Diwali puja at the latter's office in the city. Dressed in white, Shah Rukh and Gauri twinned with each other. Sporting a teeka on their forehead, the couple posed for the cameras post the puja.

Designing love,laughter and life this beautiful Diwali with the loveliest duo there ever is and will be... #GauriKhanDesigns

When love & light reflects all round you... you know it’s #Diwali

This was @asopacharu my sister in law’s first Diwali post marriage Her Lakshmi puja was as beautiful as she is!! Missed you daddy!!! #sharing #moments #family #blessings #togetherness #love #duggadugga I love you guys!!!

Well, it was indeed a happy Diwali for all our beloved Bollywood celebrities.