Advertisement
HomeBOLLYWOODENTERTAINMENT NEWSCommando 3 trailer: Vidyut Jammwal strikes back as a vigilante action hero to hunt down country’s enemies in this action entertainer

Commando 3 trailer: Vidyut Jammwal strikes back as a vigilante action hero to hunt down country’s enemies in this action entertainer 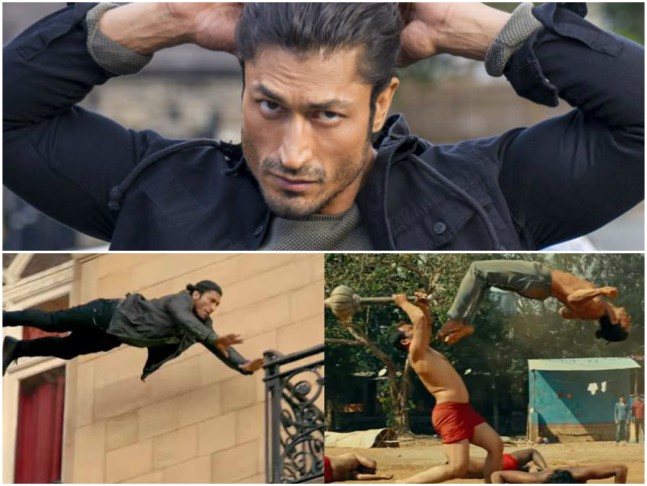 The trailer of Commando 3 starring Vidyut Jammwal, Adah Sharma, Angira Dhar and Gulshan Devaiah dropped today. The film is an action-packed thriller with Vidyut, Adah and Angira kicking butt. In the twenty-three-second-long video, we can see Jammwal showing his exceptional martial arts skills by beating up villains and miscreants twice his size while mouthing strong patriotic dialogues.

Gulshan plays the main antagonist out to wreak havoc in every Indian’s life. Vidyut plays Karan Singh Dogra an Indian commando who goes on the hunt of Gulshan while aided by Adah and Angira. Adah reprises her role of the Hyderabadi cop Bhavna Reddy from the Commando franchise. Angira plays a British agent. The trailer is packed with some really cool action sequences by Vidyut while Gulshan plays the cool, calculative mastermind with aplomb. Adah and Angira do not have much screen time but impress with their action skills as well.

Commando 3 is directed by Aditya Datt and produced by Vipul Amrutlal Shah. It is presented by Reliance Entertainment and Motion Picture Capital, in association with Sun Shine Pictures and Vipul Amrutlal Shah Production. The film will release on November 29.