Ajay Devgn's and Saif Ali Khan's Tanhaji: The Unsung Warrior's trailer to release on THIS date

Ajay Devgn's and Saif Ali Khan's magnum opus period drama Tanhaji: The Unsung Warrior has managed to create a positive stir across the industry and has sent fans of the actors into a zone of excitement. The film that marks the collaboration of Ajay and Saif after Omkara in 2006 also plays witness to the reunion of the former with his wife Kajol onscreen after a couple of years. Considering this string of great collaborations, the audience and fans have been waiting with bated breathe for further updates on this period film. And now, it seems the wait is about to end as we got to know that the makers of Tanhaji are gearing up for the teaser and trailer release soon.

Well, yes. As per reports, Tanhaji: The Unsung Warrior's teaser will be released by this month-end while the trailer will be attached to John Abraham's comedy film Pagalpanti, which will open at theatres on November 22, 2019. 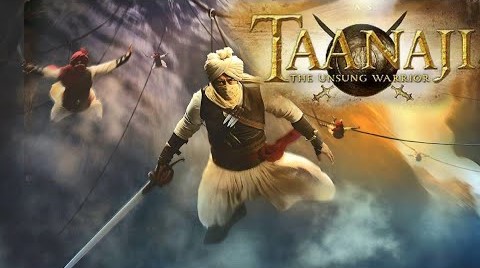 Tanhaji: The Unsung Warrior is based on the Battle of Sinhagad in 1670 which was fought between Tanaji Malusare, a commander of Chhatrapati Shivaji Maharaj and Udaybhan. As per reports, Saif plays Rajput officer, Udaybhan Rathod, who served under Mughal army chief Jai Singh while Kajol will be seen as Lakshmi Bai, Ajay's onscreen wife. The film is directed by Om Raut and will release on January 10, 2020. The film will be releasing in 3D.