It won't be wrong to say Kareena Kapoor Khan is a bonafide superstar. The gorgeous actress, with sheer talent, efforts and of course good looks, has managed to become a beloved star. With films like Good Newwz and Takht in her kitty, Kareena, who turned 39 on Saturday, seems to be on top of the list among filmmakers, rightfully. And now, as she is busy enjoying her birthday weekend with her husband Saif Ali Khan and son Taimur Ali Khan, reports of a leading daily suggested that the actress is being considered for the Hindi remake of Anushka Shetty's Telugu blockbuster Arundhati. As per the report, Kareena is on the list of contenders for the lead actress. Arundhati is being remade after 10 years since the release. A source close to the film informed the daily that incase Kareena's dates don't work out for the makers, Anushka Sharma will be considered for the double role.

“The film is finally being made in Hindi after 10 years, as the subject has a period feel to it and will be very relevant. If Kareena’s dates don’t work out, Anushka Sharma could be an option. When the film went to Anushka first, she could not do it due to her busy schedules and contractual obligations,” the source told the daily. 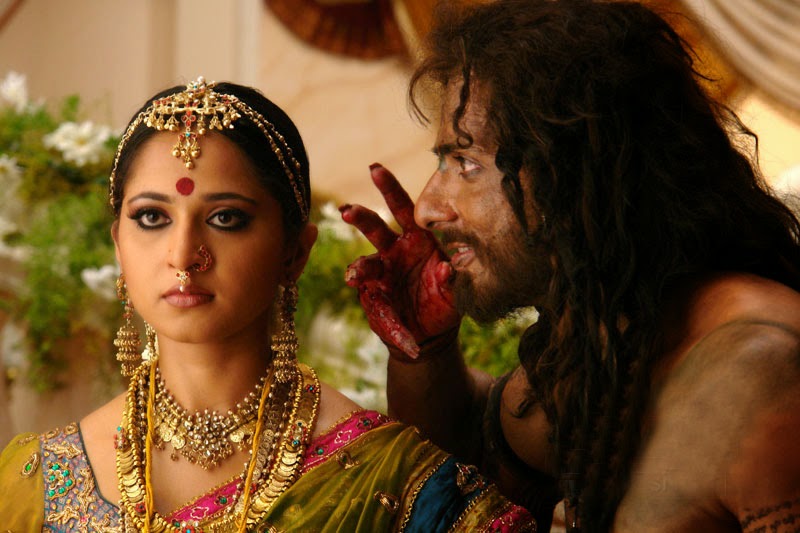 Anushka Shetty and Sonu Sood in a still from Arundhati

Recommended Read: 'I am dying to play a double role like Sridevi in Chaalbaaz,' says Kareena Kapoor Khan

Arundhati was a Telugu fantasy horror period drama starring Anushka Shetty as Arundhati and Jejjamma. The story revolves around Arundhati, a princess who digs out the horrifying truth about her grandmother named Jejjamma(Anushka herself) being raped by Pasupathi(Sonu Sood). Arundhati's grandmother, after putting an end to Pasupathi, in order to prevent his spirit from haunting her future generations, buries him with mantras. However, three generations later, Pasupathi's spirit returns. Arundhati then takes upon the challenge to erase the existence of the evil spirit. The film was directed by Kodi Ramakrishna.

Well, if we go down the memory lane, Kareena, recently expressed her desire to do a double role and now, holla, she is being considered for one! However, there is no information on who will be directing the Hindi film and under which production banner.