The Federation of Western India Cine Employees (FWICE) has requested singers Alka Yagnik, Kumar Sanu and Udit Narayan to cancel their upcoming concert scheduled to take place in the US in November. The concert is named ‘Throwback 90s’ and is allegedly organized by a Pakistani man. The FWICE stated in its notice that they have repeatedly asked Indian artistes to refrain from associating with Pakistani organizers several times.

The letter stated, “FWICE holds the dignity of our country of paramount importance and it has time and again informed the members of the film fraternity to abstain from associating with a Pakistani National in any platform of cultural or professional activities in Pakistan or in any part of the world.” They requested the singers to ‘'not throw open any ground for disharmony and displeasures’. 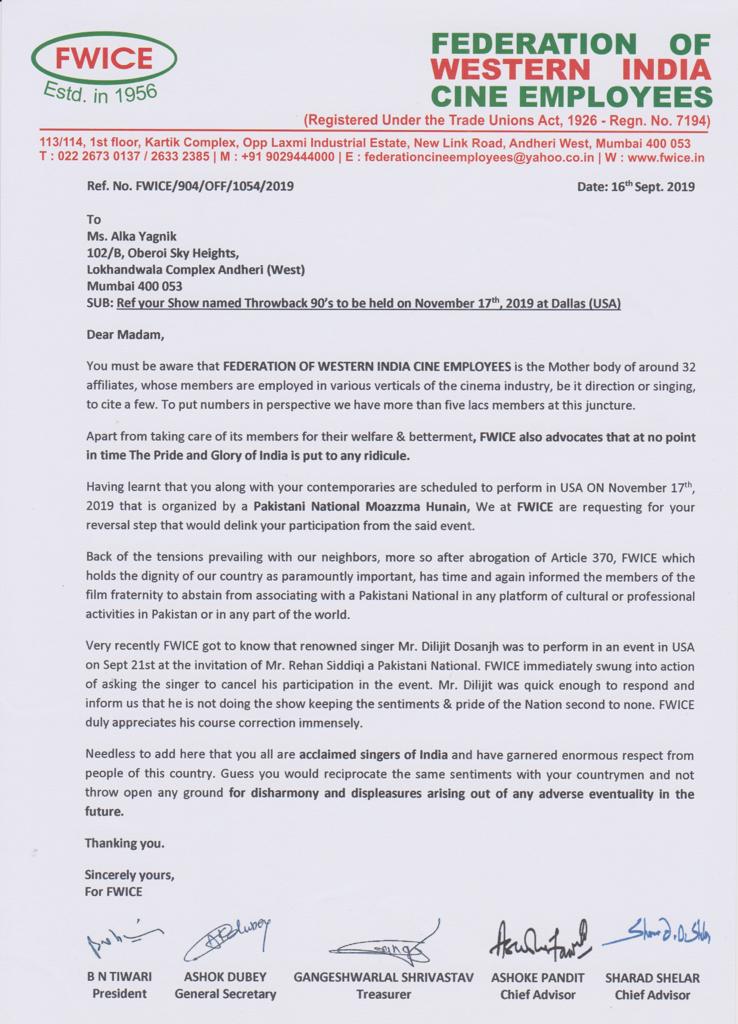 RECOMMENDED READ: 'India Always,' says Diljit Dosanjh as he cancels his event promoted by a Pak national after FWICE issues a notice regarding the same 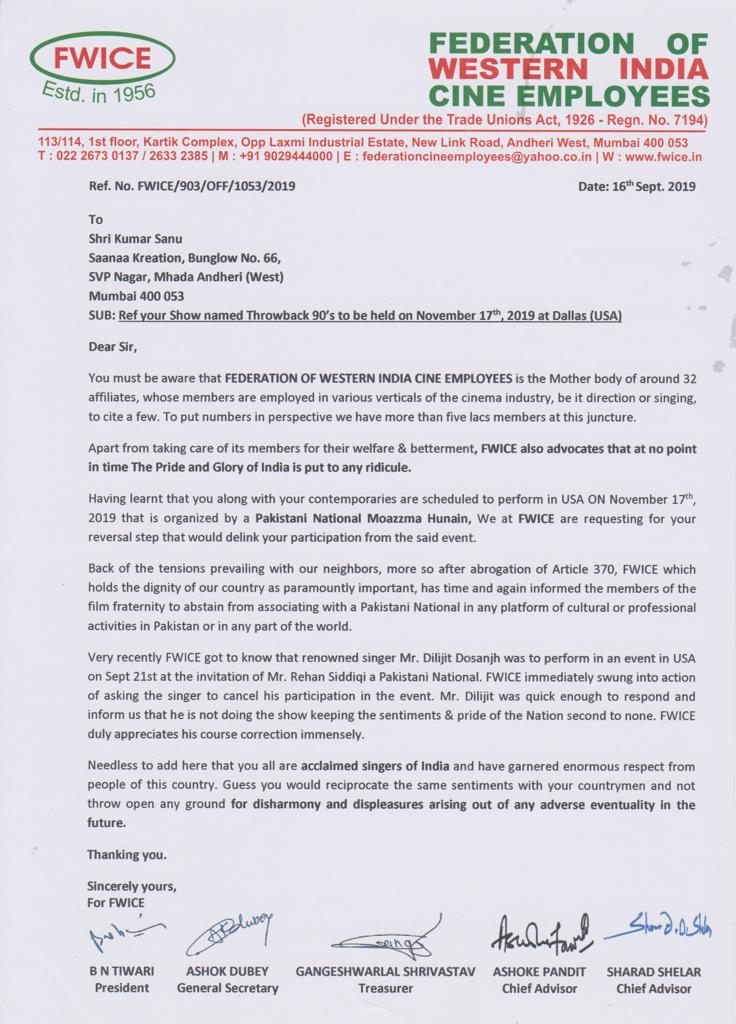 The letter further stated, “Needless to add here that you all are acclaimed singers of India and have garnered enormous people from this country. Guess you would reciprocate the same sentiments with your countrymen and not throw open any ground for disharmony and displeasures arising out of any adverse eventuality in the future.”

FWICE has taken such measures following the Pulwama attack and Indian Balakot surgical strike and asked all the artistes to not have any dealings with Pakistani organizers. Alka, Sanu and Udit are scheduled to perform in Dubai in October before performing in the US. The FWICE has taken strict measures to ensure that Indian nationals do not collaborate with Pakistani organizers for shows or concerts due to the strained relationship between India and Pakistan.

It is always special performing with @kumarsanuofficial and #uditnarayan together! Can’t wait for this one... Log on to www.meraticket.com and book your tickets now. D U B A I, here we come Date - 18th October 2019 Venue - Sheikh Rashid Hall, Dubai WTC

Last week, the FWICE had requested the Ministry of External Affairs to cancel Diljit Dosanjh's visa before he could perform in Houston allegedly at the behest of a Pakistani national. The singer issued a statement informing that he has postponed the concert and his contract is with an agency called Shri Balaji Entertainment

FWICE and the All India Cine Workers Association had banned Mika Singh after he performed at an event organized by former Pakistani president Pervez Musharraf's close relative. The action was taken since even after an express request was made by the organization to cease all cultural ties with Pakistan, the singer had performed at the event. The ban was lifted only when Mika issued a public apology.