Actor Sanjay Dutt will play a character called Adheera in the much-hyped upcoming Kannada action thriller KGF: Chapter 2. The filmmakers unveiled a poster of Dutt's character on July 29, on the occasion of the star's 60th birthday. The poster officially announcing his association with the sequel gave a glimpse of the macho actor's rugged face, partly concealed by the edge of his turban and revealing only his fiery eyes. In KGF 2, Sanay  plays the antagonist. In the first chapter, Adheera's identity is never revealed, but we get to know that he gives up his dream of ruling the gold mines for his nephew, only to honour the dying wish of his elder brother, Suryavardhan.

Talking about his villain act in the film, Sanjay told a leading daily, "I last did a negative role in Agneepath [2012] and have been wanting to play a villain again. When this opportunity came my way, I thought it was perfect. It's an action-oriented film, and is right up my alley." The film is a follow-up of the Kannada blockbuster KGF: Chapter 1, which starred Kannada star Yash with Tamannaah Bhatia and Ananth Nag, and released last year. When asked if he had any reservations about the Prashanth Neel-directed venture, he revealed that they were all debunked when the script earned wife Maanayata's approval. What's more? Sanjay hopes to top his Kancha Cheena act in Agneepath with this role. "I hope it is more menacing [than Kancha Cheena], only then will it be fun," he added. 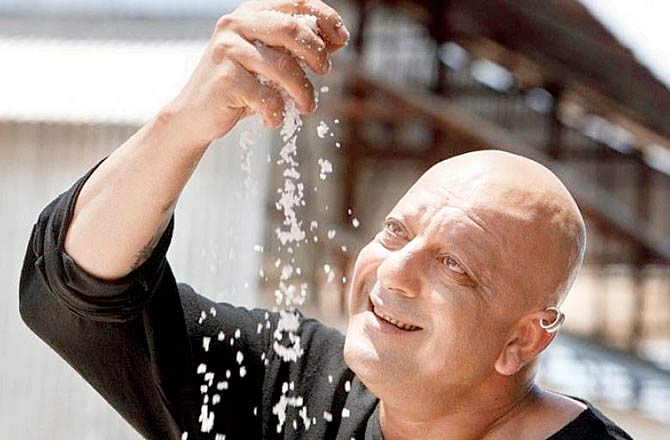 RECOMMENDED READ: KGF Chapter 2: The shooting of Yash’s and Sanjay Dutt’s film has been stopped following a court order

The actor, joins the shoot later this year, has a to-do list for the film which includes "pumping hard in the gym to get the right physique". When quipped if he has to take any Kannada lessons, Sanjay signed off by saying, "I am not sure if I will be required to learn Kannada. I will definitely want to do the dialogue delivery unless the makers decide to [have it dubbed by someone else]."

KGF: Chapter 2, is slated for a December release, and also stars Raveena Tandon in a crucial role. The cast of the first film will also return in the sequel.

Cannes Film Festival 2020: Deepika Padukone to Sonam Kapoor Ahuja, our take on the outfits that we could've seen at this year's gala