Advertisement
HomeBOLLYWOODENTERTAINMENT NEWSVicky Kaushal says, 'dreams do come true' while sharing a then and now picture with Shah Rukh Khan

Vicky Kaushal says, 'dreams do come true' while sharing a then and now picture with Shah Rukh Khan

It seems like working with superstar Shah Rukh Khan is on the to-do list of Vicky Kaushal, who is Bollywood's latest star. The 31-year-old actor has shared a throwback photo of his childhood days on his Instagram story, where he can be seen posing with Shah Rukh. The picture seems to be clicked on the set of 2001 released historical drama Asoka.Well, this just makes one half of the collage. The other half comprises a photo of the two actors performing together at a recent award ceremony. Vicky captioned the image, "Dreams do come true". Vicky's post has left fans wondering whether the actor is hinting at signing a film with Shah Rukh or not. 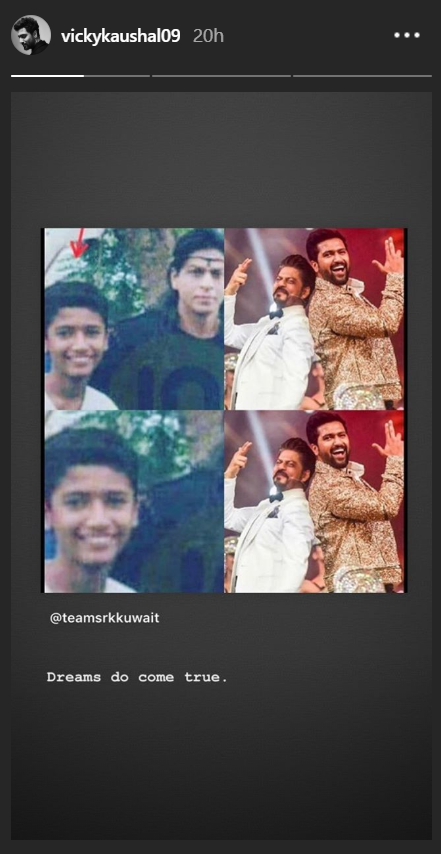 Recommended Read: Vicky Kaushal opens up on being called the 'Nation's heartthrob', spills the beans on his relationship statusOn the work front, Vicky will next be seen in the horror film Bhoot Part One: The Haunted Ship and the biographical drama Sardar Udham Singh. The actor will soon start shooting for filmmaker Karan Johar's Takht, a period drama set in the Mughal era followed by Sam Maneckshaw's untitled biopic.