Advertisement
HomeBOLLYWOODENTERTAINMENT NEWSIf I go out, I don’t think there will be a traffic jam, but if Khans do, there will be: Ayushmann Khurrana

Ayushmann Khurrana stands tall amongst the new crop of great actors. The National Film Award actor has been basking in appreciation from the audience as well as the critics alike and why not. With content and entertainment-driven films like Badhaai Ho, AndhaDhun and now Dream Girl, Ayushmann has carved a niche for himself which sets him apart from the rest. Now, as the actor climbs up the popularity ladder, he is undoubtedly becoming a favourite of directors and filmmakers across the nation. And as Ayushmann and several new actors are making their mark in the films, there is an inevitable question that has been popping up in the minds of many. That is of posing a potential threat to the reign of the Khans. Addressing this, the Vicky Donor actor, during an interview with an entertainment portal for Dream Girl, said the new age actors are no threat. He added that comparison can take place only after working in the industry for a good 20-25 years. 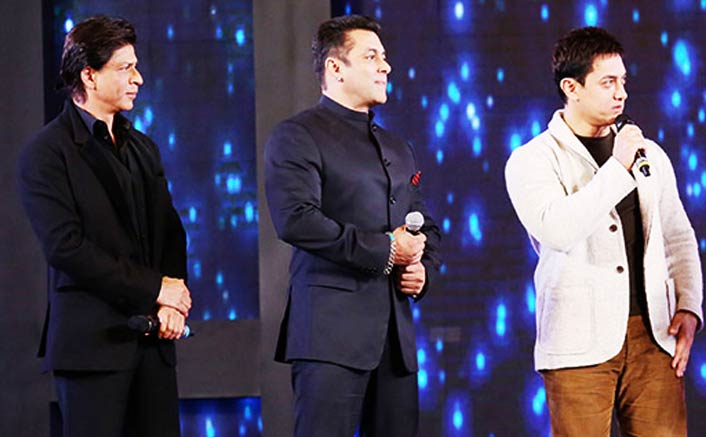 Recommended Read: 'It is about gender fluidity in society': Ayushmann Khurrana on breaking societal stereotypes with 'Dream Girl'

He further added that the Khans still rule over the hearts of the audience and are in the industry for good. He also said that if a Khan steps out in the public, he would cause a traffic jam which won't be the scenario with new actors including him. "They still rule our hearts. They are here for good, I think. They are megastars. We are so accessible. There is no mystery around us because through social media, people know everything about us. If I go out, I don’t think there will be a traffic jam or something but if Khans will go out, I am sure there will be," Ayushmann said.

Speaking of Dream Girl, Ayushmann plays the role of a small-town guy who disguises himself as a female for a radio show and rechristens himself as Pooja. Nushrat Bharucha is Ayushmann's love interest. The film is directed by Raaj Shaandilyaa and produced by Ekta Kapoor under the banner Balaji Motion Pictures. It is scheduled to release on September 13, 2019.