'Prabhas helped me learn Telugu,' says Evelyn Sharma on getting help from her 'Saaho' co-star

Model-turned-actress Evelyn Sharma returns in Saaho, starring Prabhas. The film marks her Telugu debut. Learning Telugu was not easy for the German-Indian actress, but she says Prabhas came to her rescue when she needed help to understand her lines.

"Saaho is my debut film in Tollywood. Telugu was difficult to learn initially but I had so many people to guide me on the sets - like Prabhas and director Sujeeth, so I managed to learn my lines quickly. I have finally learned Hindi now and Telugu is a completely different language. But I'm always up for a good challenge! We had so much fun shooting together with the pan-Indian cast, in three different languages!" said Evelyn. The actress, who is an admirer of the Bahubali fame superstar, said: "I am a huge fan of Prabhas and when I got to know that I will be getting to work with him I immediately said yes. Prabhas is a thorough gentleman and he is so down to earth." In the film, Evelyn's character is called Jennifer. "It's a small but significant role where I will be seen in an action avatar for the first time," said the actress. She added, "I could not be happier that I am a part of the biggest action thriller of 2019." 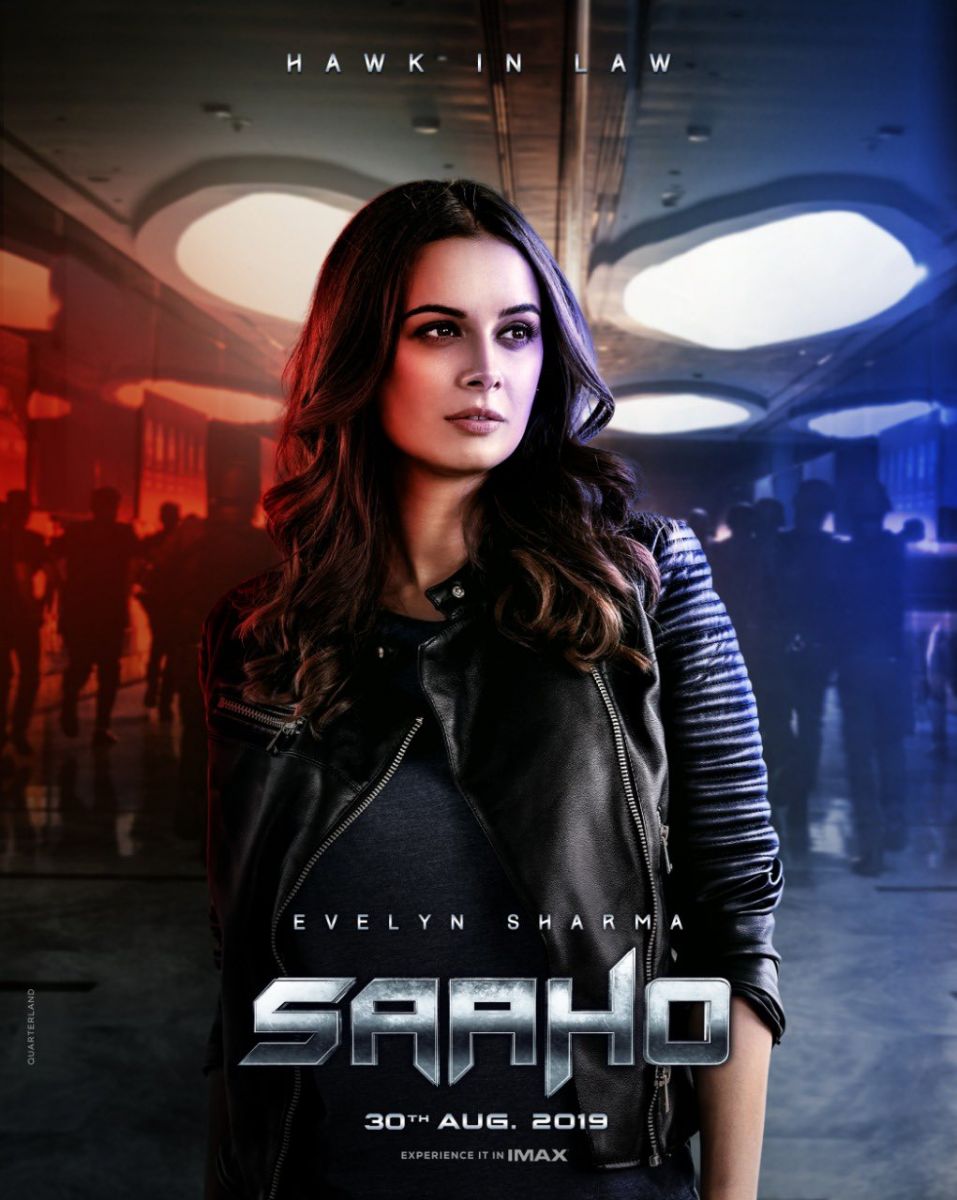 Recommended Read: Saaho Review: 'Baahubali' Prabhas is larger than life in Saaho too

Saaho is helmed by Sujeeth and the film has released in Hindi, Telugu and Tamil in theatres across the country today. The action-thriller also features Shraddha Kapoor, Mandira Bedi and Neil Nitin Mukesh.