Prabhas and Shraddha Kapoor starrer Saaho is just around the corner waiting to hit the theatres on August 30. The film is one of the most-anticipated films of the year and has already fetched quite a roaring figure at the box office with advance bookings. It is touted to become the year’s biggest opener. Now, news has come in that the film has got its certification with zero cuts and with a run time of close to three hours. The Tamil and other south Indian versions had received their certifications last week but Hindi version was still pending. Now, that has also been cleared, four days ahead of the film’s release.

The Hindi version of Saaho has been given a U/A certificate with a run time of 2 hours and 51 minutes. The film is ready to release and rock the box office. For the first time, we will get to hear Prabhas mouthing Hindi dialogues in the film as in Baahubali: The Beginning and Baahubali: The Conclusion his voice was dubbed by TV actor Sharad Kelkar. 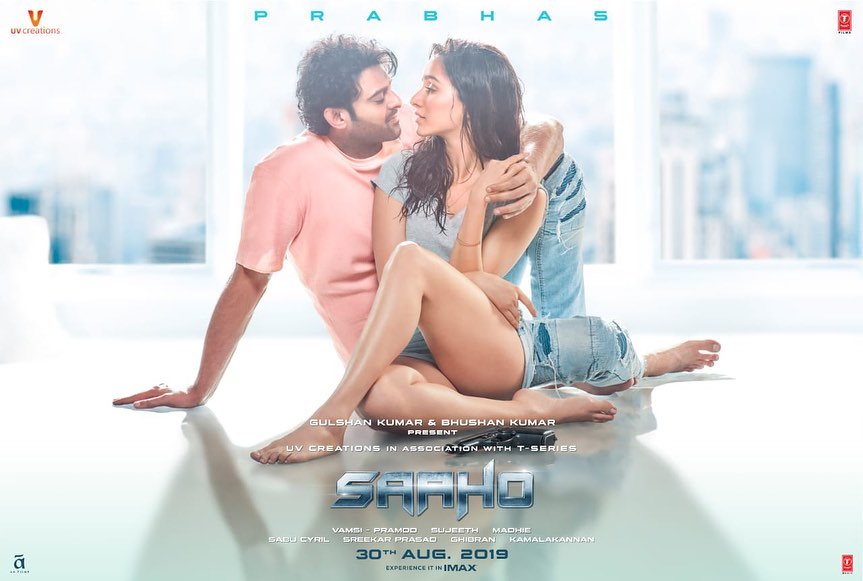 Saaho is an action-packed sci-fi film loaded with VFX. Shraddha will also be seen kicking butt in the film as she plays a cop. The film has been directed by Sujeeth and also stars Neil Nitin Mukesh, Mandira Bedi, Chunky Panday, Jackie Shroff, Murli Sharma, Mahesh Manjrekar and Arun Vijay.