Bollywood’s polymath Farhan Akhtar has been creating curiosity by giving glimpses of his continuous training sessions and powerful punches for his most anticipated upcoming movie, Toofan.

The actor is receiving extensive training from the former world kickboxing champion, Drew Neal. The actor was gifted a sketch by his trainer and Farhan couldn’t help but share a picture of the sketch on his social media handle saying, “Thanks, Love it ” In the sketch, Farhan looks fierce in his Toofan avatar and he looks ferocious with his boxing gloves and headband on! 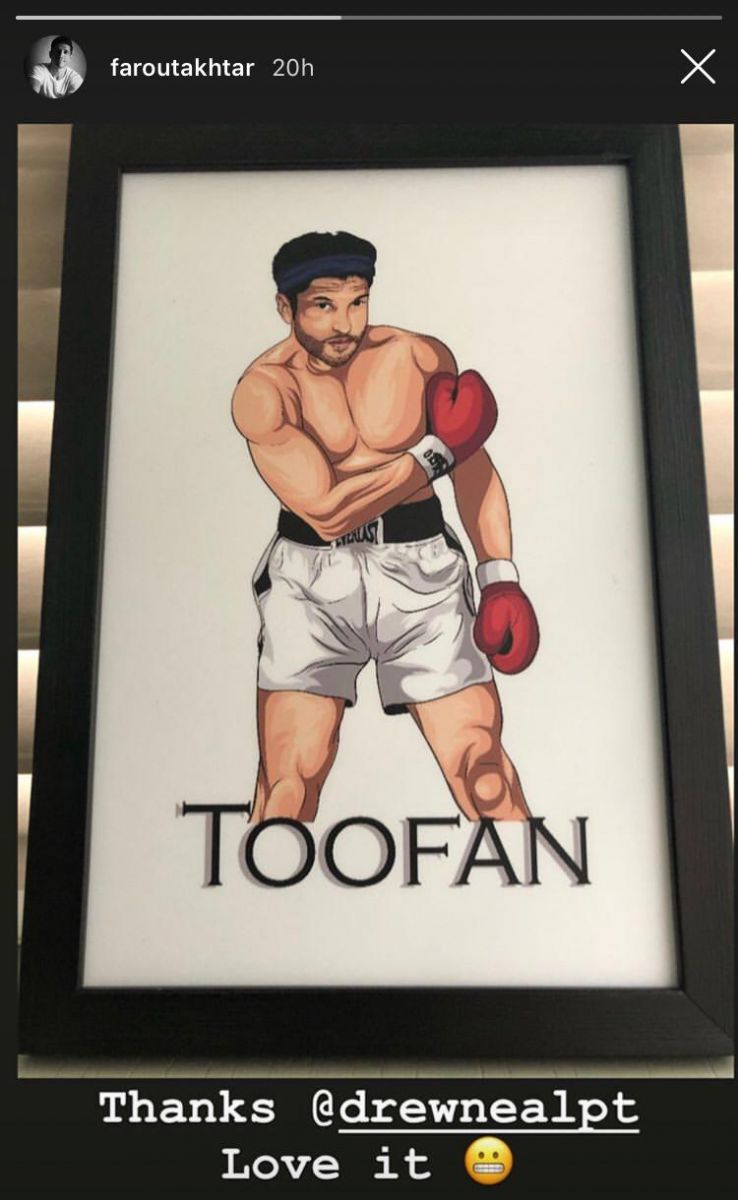 Recommended Read: Paresh Rawal gets on board to play a boxing coach in Farhan Akhtar's upcoming sports-drama Toofan

Fans are super thrilled to witness Farhan as a sportsman yet again, as he was loved and appreciated for the role he essayed in Bhaag Milkha Bhaag. Having carved a niche in the acting space, many iconic brands are opting for Farhan as the face of their sports line. The actor has given us stellar performances and some of his films like Rock On and Zindagi Na Milegi Dobara are considered iconic. Being a well-versed personality, the actor is a master of everything. The actor is gearing up for his upcoming movie; The Sky Is Pink where the actor will be sharing the screen with Priyanka Chopra, who was his co-star in sister Zoya Akhtar’s film Dil Dhadakne Do.