Advertisement
HomeBOLLYWOODENTERTAINMENT NEWSSye Raa Narasimha Reddy: Chiranjeevi as Uyyalawada Narasimha Reddy and Sudeep as Avuku Raju are set for a massive revolt against the British rule 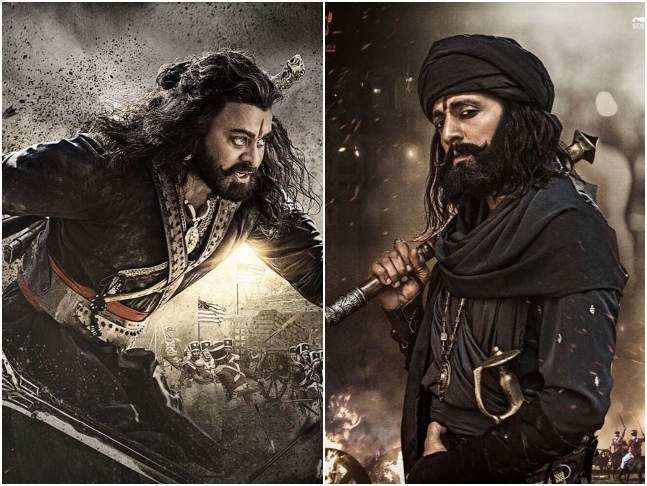 Speaking of the posters, Chiranjeevi as Uyyalawada Narasimha Reddy is dark, intense and filled with the spirit of attaining freedom from British. He is seen barging ahead with a sword in his hand and eyes filled with motivating force to defeat the British in the massive revolt. Sudeep as Avuku Raju makes for a perfect dacoit, who keeps personal rivalry aside to battle out the odds. With an intense and sharp look, Sudeep is all things brilliant.