Advertisement
HomeBOLLYWOODENTERTAINMENT NEWS'Edits made in Batla House are heartbreaking as I had a purist approach towards the film,' says director Nikkhil Advani

'Edits made in Batla House are heartbreaking as I had a purist approach towards the film,' says director Nikkhil Advani

John Abraham's and Mrunal Thakur's crime thriller Batla House has finally made it to the theatres post much noise- positive and negative. The film, based on the Batla House encounter in Delhi in 2008, recently came out of troubled waters after the Delhi High Court put a closure to the plea filed against the film's release, stating references to real-life incidents will make an impact on the ongoing trial. However, this win didn't come easy for the makers and director Nikkhil Advani as the court gave a green signal only after demanding disclaimers and removal of scenes. Although happy that the film released uninterrupted, director Nikkhil, during an interview with a leading daily, said that the edits were heartbreaking. He added that while making the film, he relied on the facts available in the public domain and made it with a purist approach to keep it as real as possible.

"The film has got clearance, but at what cost? I have had to beep out a few words and add a disclaimer in the court scene. The edits I have been asked to make in the film are heartbreaking. If the petitioners feel that the film could impact/ prejudice their case/appeal in the court, everything available in the public domain needs to be erased, too. Legally, we had the right to make a film. Fortunately, the special number in the film, O Saki Saki, and the creative liberty I took while shooting the action sequence in a grand manner, came to my rescue as they lend a certain degree of fiction to the narrative. It’s ironic, as I had a purist approach towards the film and wanted it to be as real as possible," Nikkhil told. 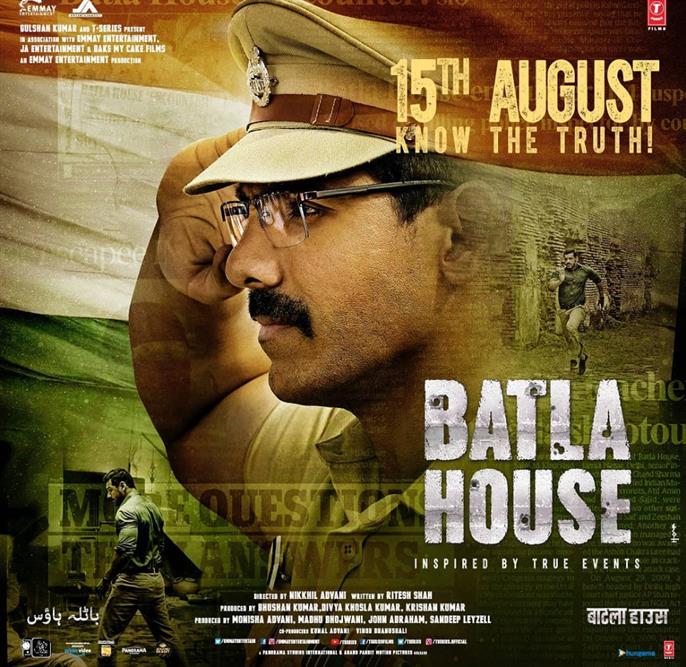 Speaking of the plea filed by the accused- Ariz Khan and Shehzad Ahmad, Ariz is currently undergoing trial in the Batla House encounter case, and Shahzad, sentenced to life imprisonment by a trial court and his appeal is pending in the high court filed a petition in Delhi High Court to shift the release date of Batla House film. The reason for the same as cited in the plea stated the film connects dots between Delhi Serial Blasts and Batla House encounter, which would likely affect the judgment of the ongoing trial in both the cases. This petition was filed August 5 and then, the Court decided to push the hearing to August 13. And now, the decision has been taken.

The film orbits around the alleged police encounter that took place in Delhi in the wake of the serial blasts of 2008. Batla House is directed by Nikkhil and produced by T-Series’ Bhushan Kumar, Divya Khosla Kumar, Krishan Kumar, Emmay Entertainment’s Monisha Advani, Madhu Bhojwani & JA Entertainment in association with Bake My Cake Films’ Sandeep Leyzell. It released on August 15, 2019