Advertisement
HomeBOLLYWOODENTERTAINMENT NEWSSridevi’s Birth Anniversary Special: Here's how the legendary actress proved her mettle and popularity by working with every popular male actor of her generation

Sridevi’s Birth Anniversary Special: Here's how the legendary actress proved her mettle and popularity by working with every popular male actor of her generation

In a career that spanned five decades, she was known for portraying women in challenging positions and excelling in a range of genres. Sridevi was probably the only female star who worked with almost all the leading actors of their generation. From Amitabh Bachchan to Rajinikanth to Kamal Haasan to Rishi Kapoor to Sanjay Dutt to Shah Rukh Khan and finally Nawazuddin Siddiqui, Sridevi has worked with them all. Here’s a look at the films where even though she was pitted against the numero uno star at that time she still proved her mettle and popularity by giving them run-for-their money. 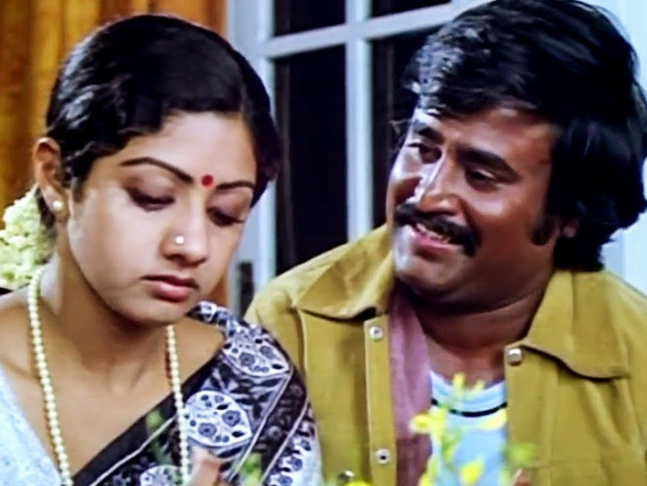 RECOMMENDED READ: Vidya Balan opens up about her cameo in 'Nerkonda Paarvai', says she did it only for late Sridevi 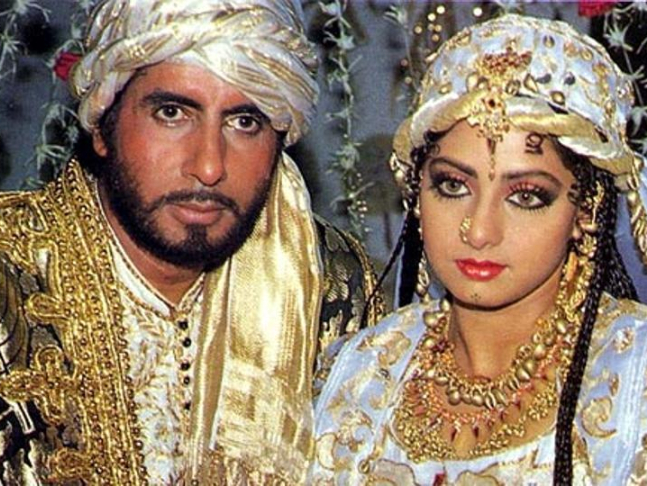 Sridevi starred in Khuda Gawah opposite Amitabh Bachchan. She had a double role in the film of an Afghan warrior Benazir and her daughter Mehendi. The film remains one of the most popular Indian films in Afghanistan. She earned a Best Actress nomination for the film. 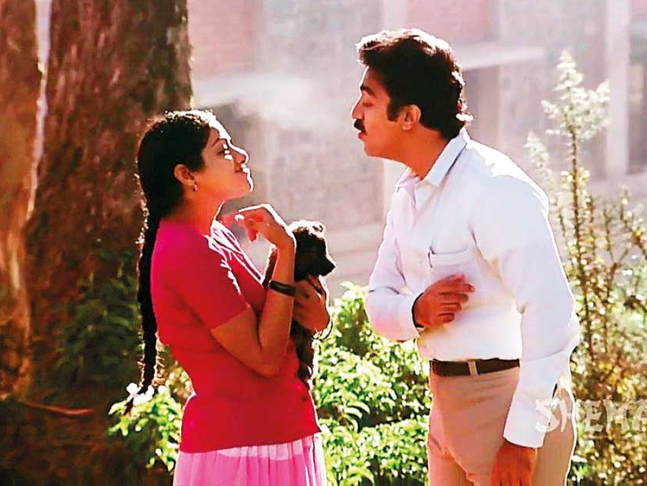 Sridevi paired up with Kamal Haasan in a number of films. Apart from Moondru Mudichu, she starred in several Malayalam and Tamil films with Haasan. She was paired with Haasan in 27 films across languages. Her landmark film Sadma opposite Haasan which was a remake of her Tamil film Moondram Pirai is still popular amongst the masses. The film won Sridevi her first Filmfare nomination for Best Actress. The Sridevi-Kamal Hasan pair also appeared on the CNN-IBN 2012 list of 'Greatest Romantic Couples on Celluloid'. Sridevi salvaged Yash Chopra’s banner after a string of critical and commercial failures by starring in Chandni that had her paired opposite Rishi Kapoor and Vinod Khanna. The film was a roaring hit with its soulful music and heroine-oriented, emotional story. The success of the film further reinforced Sridevi’s position as the top female star of the era. They also featured in Nagina. 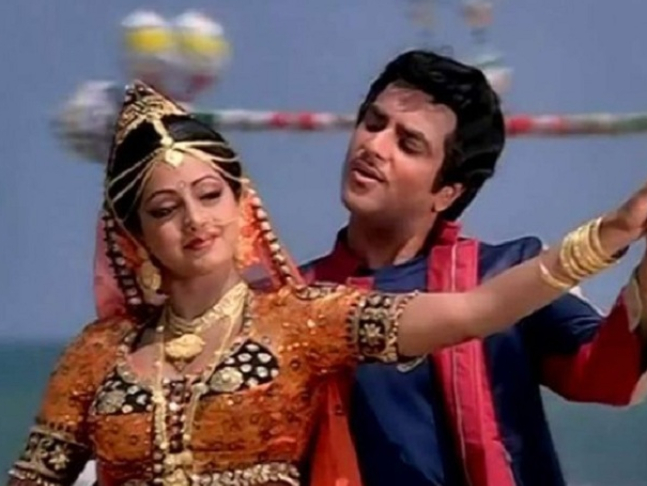 Jeetendra and Sridevi teamed up in several films such as Himmatwala, Sarfarosh, Tohfa, Justice Chaudhary, Aulad, Ghar Sansar, Suhaagan, Mawaali. Their Ta Thaiya song from Himmatwala has become an iconic number of the years. 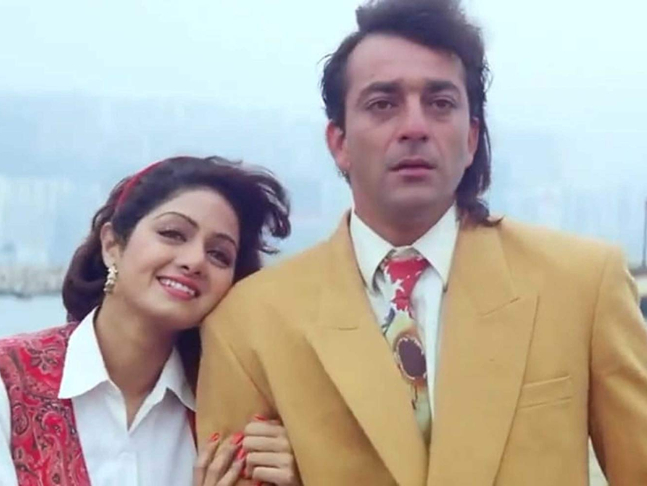 Sridevi brought the house down in a hard-hitting but vulnerable avatar in Gumrah. Playing a pop star who gets embroiled in a drug trafficking case she featured opposite Sanjay Dutt in the film. The film was directed by Mahesh Bhatt and although had some amazing music and fine performances from Dutt and the other supporting cast it was an out-and-out Sridevi film. 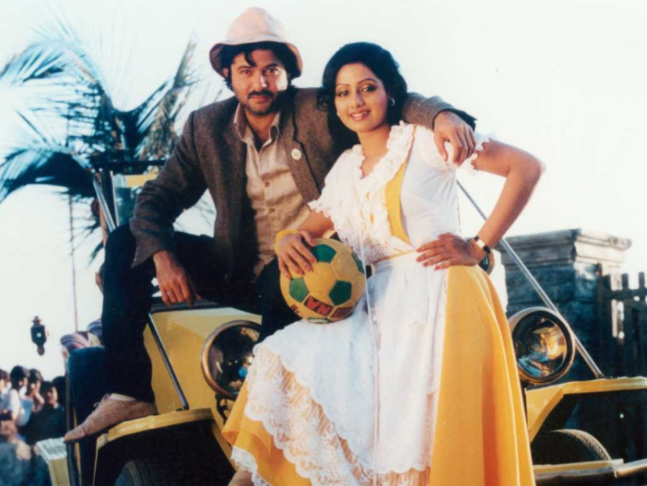 Sridevi starred in a number of films with Anil Kapoor. Most of the films they headlined were a roaring success at the box office. Anil and Sridevi featured in Mr.India, Lamhe, Laadla, Judaai, Roop Ki Raan aur Choron Ka Raja and several others. 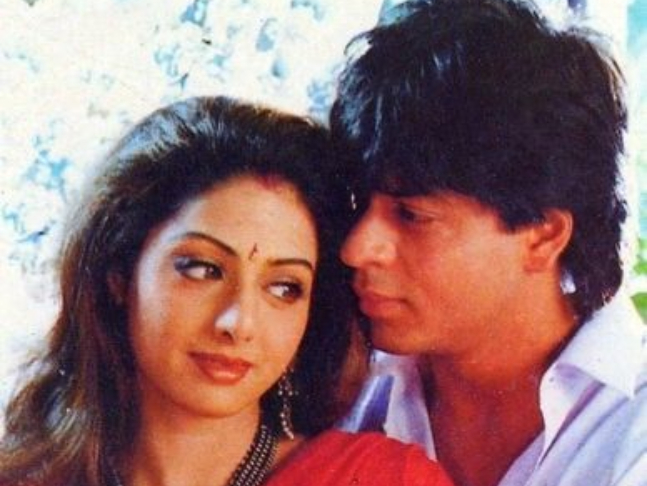 Shah Rukh Khan and Sridevi paired up in Army. Although Shah Rukh’s role in the film was not a full-fledged one it still brought the superstar under Sridevi’s aura. The film was a box office hit and established the fact that no hero could ever say no to starring opposite Sridevi. Interestingly, the actress’ last screen appearance was in SRK’s last year film Zero. 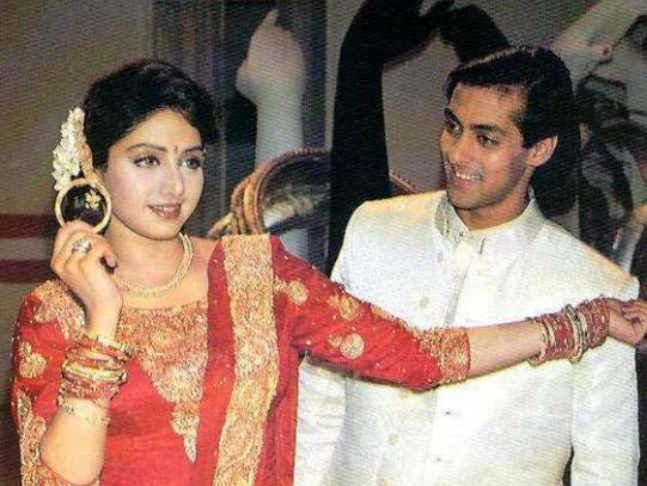 Sridevi teamed up with Salman in two films Chandra Mukhi and Chaand Ka Tukda. Sridevi was the more bankable star at the time and hence the films gave her more screen space as compared to Salman. Sridevi shared screen space with Akshay Kumar in Meri Biwi Ka Jawaab Nahi. The film was directed by Pankaj Parashar and produced by SM Iqbal. The film was shot in 1994 but was delayed for ten years, finally releasing in 2004. 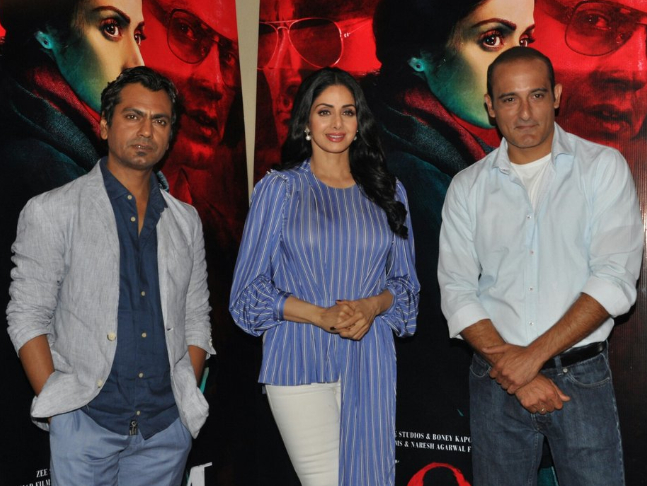 Sridevi’s last full-fledged Hindi film was Mom that also won her the National Film Award for Best Actress. She shares screen space with Nawazuddin Siddiqui and Akshaye Khanna in the revenge-thriller. It was Sridevi’s 300th and final film before her death on February 24, 2018. Sridevi’s National Award for the film was the first posthumous win in the category.