Advertisement
HomeBOLLYWOODENTERTAINMENT NEWSVidya Balan opens up about her cameo in 'Nerkonda Paarvai', says she did it only for late Sridevi

Vidya Balan opens up about her cameo in 'Nerkonda Paarvai', says she did it only for late Sridevi

Vidya Balan isn't just a brilliant performer but a personality known across all film industries, thanks to her innate talent of acting and comfort in front of the cameras. The actress, as she gears up for her next film Mission Mangal, has yet another joy to celebrate. One of her recent regional films Nerkonda Parvaai, which marks her debut in Tamil cinema has not just won critical appreciation but garnered commercial success too. Vidya has a cameo in the film led by Ajith. Speaking about taking up a brief role, Vidya, during an interview with a leading daily, said it was chosen as a mark of love and affection she has for the late Sridevi, whose husband Boney Kapoor is the producer of the film.

"I worshipped Sridevi as an actress and for the love I have for her and my affection for Boney Kapoor (who is the producer of the film), I agreed to a special appearance," Vidya told during the interview. 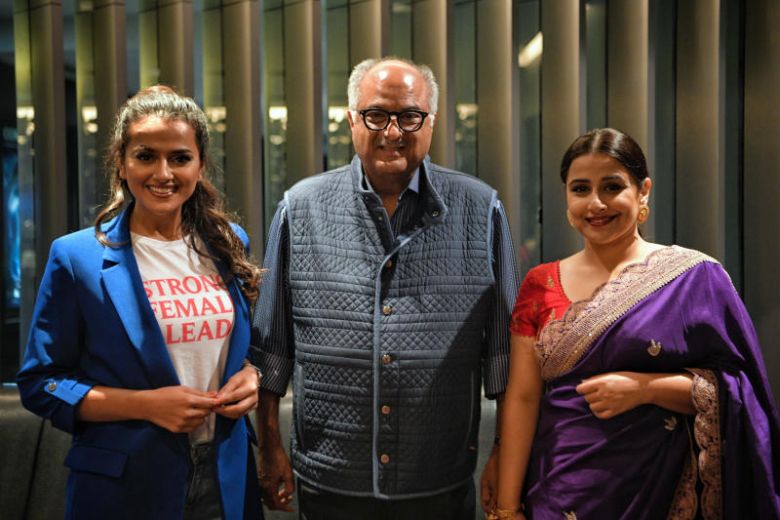 For a fact, Nerkonda Paarvai also holds a special place for Boney and Ajith as it was late actress Sridevi's wish to see the latter work with her husband. The film released on August 10, 2019, and is an official remake of Amitabh Bachchan’s Pink. Nerkonda Parvaai highlights the issue of sexual harassment towards women. It is directed by H. Vinoth and also stars Abhirami Venkatachalam, Shraddha Srinath and Andrea Tariang in central roles.

Coming to Mission Mangal, the film orbits around the journey of the team led by a team of scientists to achieve a seemingly impossible task of reaching Mars in India’s maiden attempt, establishing India as the only country in the world to set this record. It is financed by R Balki and Akshay and marks the directorial debut of Jagan Shakti. Presented by Fox Star Studios, Produced by Cape of Good Films, Hope Productions and Fox Star Studios, Mission Mangal releases on August 15, 2019.