The team of the forthcoming film Angrezi Medium starring Irrfan, Kareena Kapoor Khan and Radhika Madan in lead roles has wrapped the shoot of the film in London on Thursday. The announcement of the wrap was shared by the director of the film Homi Adajania through an Instagram story. In the announcement note, Homi thanked the cast and crew for their support. He added that the team was filled with the most positive bunch of people.

“It’s been a journey filled with uncertainty...and filled with the most positive bunch of people who were certain that everything will work out. Thank you to my tenacious crew & cast for smiling through the struggle yet laughing when the slightest chance. Angrezi Medium is our movie. Thank you all for this precious memory. It’s a wrap! #AngreziMedium #CastAndCrew #BelieveInMakingThingsBetter,” Homi wrote. 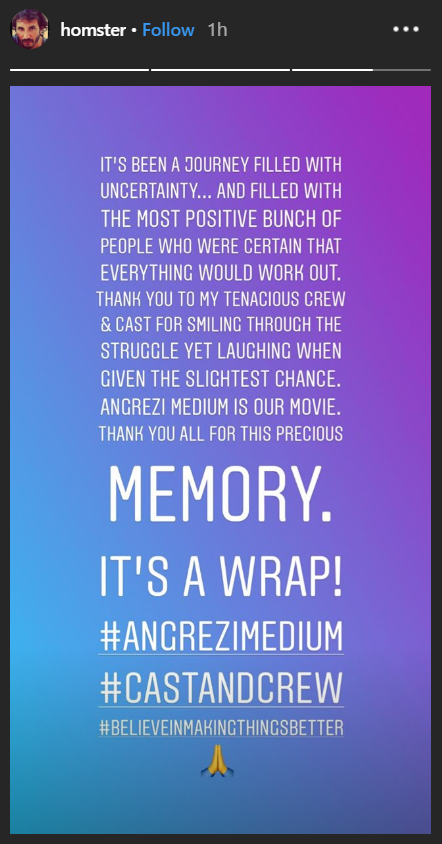 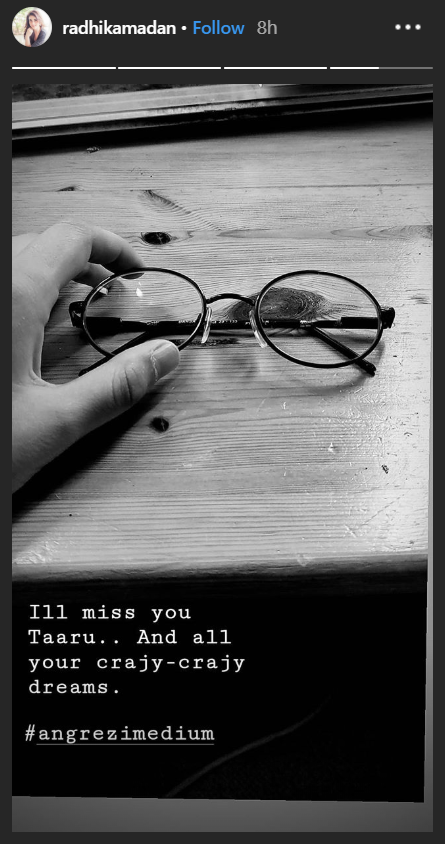 Recommended Read: Back with a bang! Irrfan shoots for an eight-hour shift, five-six days a week for 'Angrezi Medium' in London

The principal shoot of Angrezi Medium kickstarted in April in Udaipur. The cast flew to London for its schedule in June where Kareena joined them. Speaking of the film, Irrfan plays the role of Mr.Champak of Ghasitaram Misthan Bhandar. Radhika is cast as his daughter who desires to pursue her higher education abroad. Kareena plays the role of a cop named Naina.

The film which is a sequel to 2017 hit film Hindi Medium is being produced by Dinesh Vijan and it will mark the return of Irrfan after his treatment for neuroendocrine tumour. The other actors in the film include Pankaj Tripathi, Dimple Kapadia, Deepak Dobriyal, Myrah Dandekar, Poorvi Jain and Manu Rishi. Angrezi Medium is scheduled to release on April 24, 2020.