Advertisement
HomeBOLLYWOODENTERTAINMENT NEWS‘Suhana Khan is such a good actor, I have taken tips from her’, says Ananya Panday on Shah Rukh Khan’s daughter’s acting prowess

‘Suhana Khan is such a good actor, I have taken tips from her’, says Ananya Panday on Shah Rukh Khan’s daughter’s acting prowess

Ananya Panday and Shah Rukh Khan’s daring daughter Suhana Khan have been the closest buddies ever since their childhood. The two were often spotted together right from their teen years even before they become stars in their own rights. While Ananya made her Bollywood debut with Student of the Year 2 Suhana has big plans of entering the film industry soon. Suhana who recently graduated from Ardingly College even received the Russel Cup for exceptional contribution to drama.

In a recent interview, Ananya termed Suhana as a ‘good actor’ and accepted the fact that she has learned a lot from her. In the interview with a leading daily, Ananya opened up about her equation with Suhana and when asked whether they exchange any notes on acting she said, “Suhana and I did a lot of plays together in school. I think she is such a good actor. I have learned so much from her. She is so good. So, I did not give her any tips. Just taking tips from her." 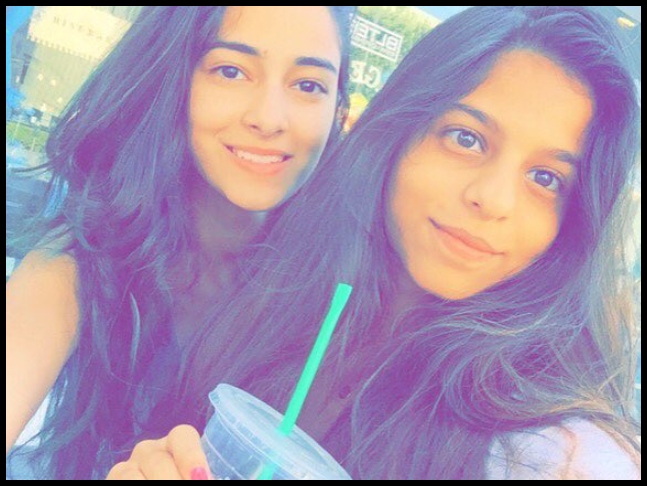 Suhana’s videos from her school plays have already found their way to the internet and become viral. It is no secret that SRK’s daughter aspires to be an actress and is preparing hard to make her Bollywood debut. Buzz is that before she makes her debut she will be pursuing higher studies in acting.