If there is any true inspirational figure in Bollywood, then it is undoubtedly Amitabh Bachchan. The veteran actor, all of 76, has proven age is just a number with his sheer dedication and efforts to pull off any role given to him. The actor, earlier this week made headlines for enacting a 14-minute long scene in just one take for his upcoming crime thriller Chehre and received appreciation from sound artist Resul Pookutty and producer Anand Pandit, who couldn't stop raving about Amitji on the social platform. Well, just like us, are you also wondering how did this happen? Allow the director of the film, Rumi Jafry tell us. Rumi, during an interview with a leading daily, revealed what went behind the execution of the scene and said Amitji and he discussed the dialogues for two days before beginning the filming of the scene. Rumi further added that as soon as he said action, Amitji began the scene, leaving spectators in awe of his performance.

"We had been working on the scene for almost two days and had several discussions on the dialogues. On the day of the shoot, we went through the draft over and over again, checking if a word needs to be added or deleted. Once I said action, Amitji started the scene. Everyone was so taken by his performance, it's as if no one even blinked throughout the scene," Rumi told during the interview.

Today @SrBachchan marked another history in Indian cinema.Last day last shot of first schedule of #Chehre @anandpandit63 he performed a fourteen minute long submission in one shot and the whole crew stood up and clapped!Dear Sir, undoubtedly you are one of the best in the world pic.twitter.com/OhM35kq8n7

The director added that since the scene involved Amitji's character summing up his emotions, it became a demanding shot. Amitji, hence decided to keep the shoot of the scene pending till the last day of the schedule.

Further, making interesting revelations, Rumi gushed about Amitji's nuanced performance and said after the shot ended, they felt it lasted for around six minutes but in reality, it went up to 14-minutes. "Amitji and I thought that the scene went on for around six minutes. It was only when the assistant checked the duration that we realised it had run to 14 minutes. We were all shocked and asked him to double check it. I don't think any other actor would be able to do this; it is sheer dedication and years of experience at play," the director added. 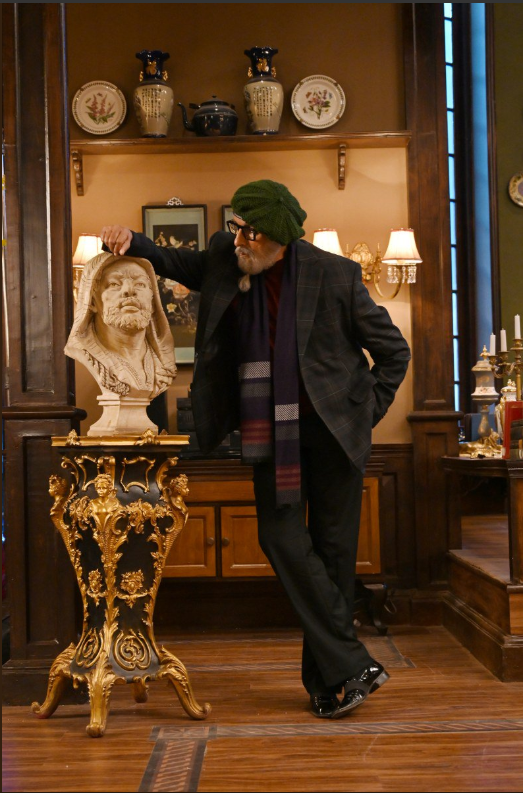 Hoping that the scene makes it to the final edit, Rumi told, "The decision will be taken on the editing table. As a filmmaker, I would hate to cut anything from this sequence. But if the need arises, we will have to take a decision."

Speaking of Chehre, the film is produced by Anand Pandit. Apart from Amitabh, the film features Emraan Hashmi, Kriti Kharbanda and Rhea Chakraborty in lead roles. Chehre is scheduled to release on February 21, 2020.