The makers of Vicky Kaushal starrer Sardar Udham Singh announced the release date this morning. The film, based on Udham Singh who assassinated Michael O' Dwyer, is all set to release on October 2, 2020. Udham Singh assassinated Michael O' Dwyer, the former lieutenant governor of Punjab in pre-Independence India, in revenge for the Jallianwala Bagh massacre in Amritsar in 1919. Singh was subsequently tried and convicted of murder and hanged in July 1940.

Vicky shared the release date with the poster, this morning. Have a look: 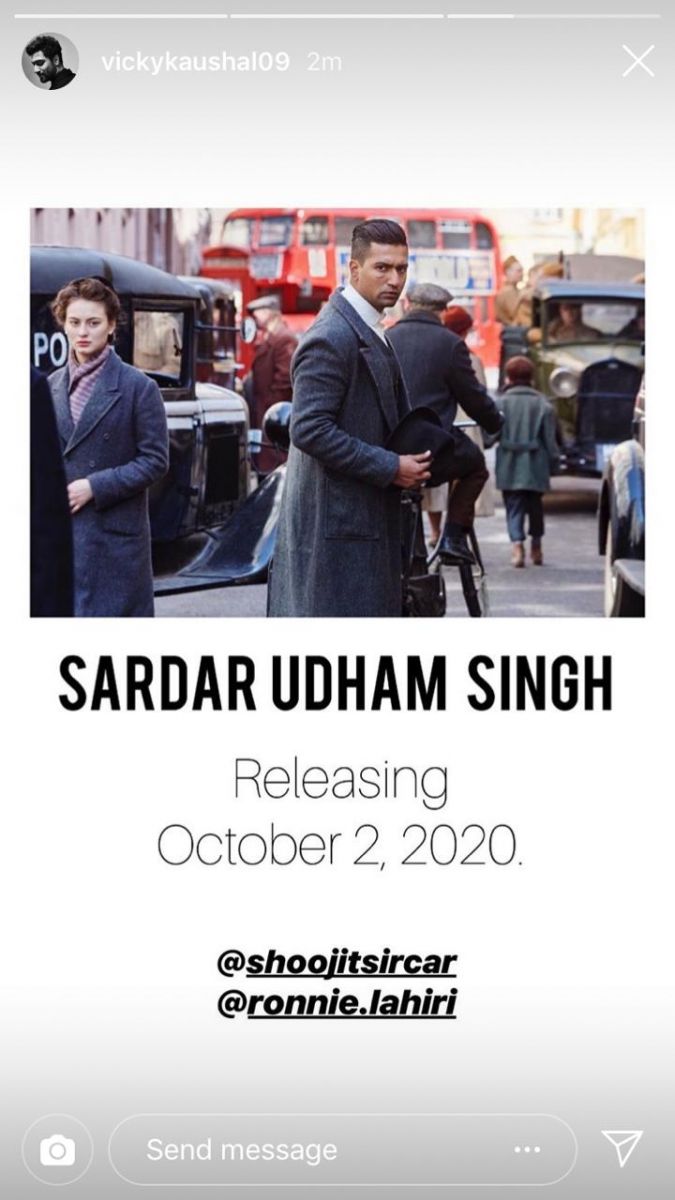 Vicky, in March, had tweeted that he was honoured to play Udham Singh in Shoojit’s film. In a statement, Shoojit said that Vicky is perfect for the role.

"I have been waiting to tell the heroic tale of Shaheed Udham Singh for a very long time. It is a story very close to my heart. For it, I needed an actor who could give his heart and soul to the film, be with me and tell the story together. Vicky fits the bill perfectly. I have seen his work and the dedication he brings to it. I'm very happy he is on board this project,” Shoojit said in a statement.