Advertisement
HomeBOLLYWOODENTERTAINMENT NEWS‘I know what has happened in the past, he has done no wrong’, says Zarina Wahab on husband Aditya Pancholi’s and Kangana Ranaut’s controversy

‘I know what has happened in the past, he has done no wrong’, says Zarina Wahab on husband Aditya Pancholi’s and Kangana Ranaut’s controversy

The feud between Kangana Ranaut and Aditya Pancholi is getting murkier day by day. Last month there was a lot of news about the complaints filed against Aditya by Kangana’s sister Rangoli Chandel when he alleged that he is being framed in a false rape case. Aditya also filed a counter complaint against Kangana and Rangoli and had stated that he has evidence to prove his innocence. Now, his wife Zarina Wahab has come out in his support and opened up about the controversy.

In an interview with a daily, Zarina said, “I know him better than anyone else. He has never hidden anything from me. I know what has happened in the past. He has done no wrong. You can't be in a relationship with someone for years and then suddenly accuse him of rape just because the relationship has ended, or because the other person has moved on. It's just not right.” 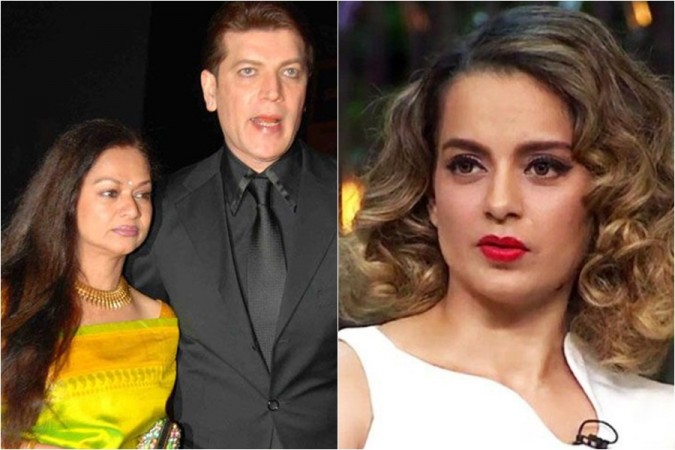 Kangana and Aditya were in a relationship for almost four-and-a-half-years, during which the former accused the latter of sexual and physical assault allegations. In 2007, Kangana had put assault allegations on Aditya and claimed that she sought help from Zarina. Zarina had told a website, “She was dating my husband (Aditya) for four-and-a-half-years so how can I say that she's like my daughter? Impossible!"

Kangana and Ranbgoli are yet to record their statements in the cases filed by them against Aditya. Aditya had issued a video wherein it can be heard Kangana’s lawyer Rizawan Siddiqui threatening to file a rape case against Aditya. Earlier in an interview, Aditya had said, “Kisi ke upar itna bura allegation lagana, this is the worst thing in the world and they are misusing the law. They are misusing the police aur abhi jab unko bulaya ja raha hai statement dene ke liye to nahi aarahe hai. Baaki duniya ke baare me baat cheet karni ho kisi ko gaali dena ho, poori film industry ko gaali dena ho tab to taiyaar ho jati ho, ab kyun nahi aage aarahe ho. This is such a serious matter. How can you threaten someone."