Kangana Ranaut is one of the top runners when it comes to proving that women-centric films bring in huge business at the ticket counters. She scored a big success with her last project, Manikarnika: The Queen Of Jhansi - which she shouldered completely on her own. Now, the actress is gearing up for her next film Mental Hai Kya.

The quirky drama has Kangana in a never-seen-before avatar. A source close to the film said, "The film is a whacky, crazy story that revolves around these two characters played by Kangana and Rajkummar Rao. She plays a girl who's suffering from a mental condition and the film revolves around the prejudices and social taboos attached to the topic. There's already immense stigma attached to depression and mental illness and the makers of the film are tackling the issue with sensitivity." Kangana herself stands by the cause, which is also the reason why she gave this project a go-ahead from her end. 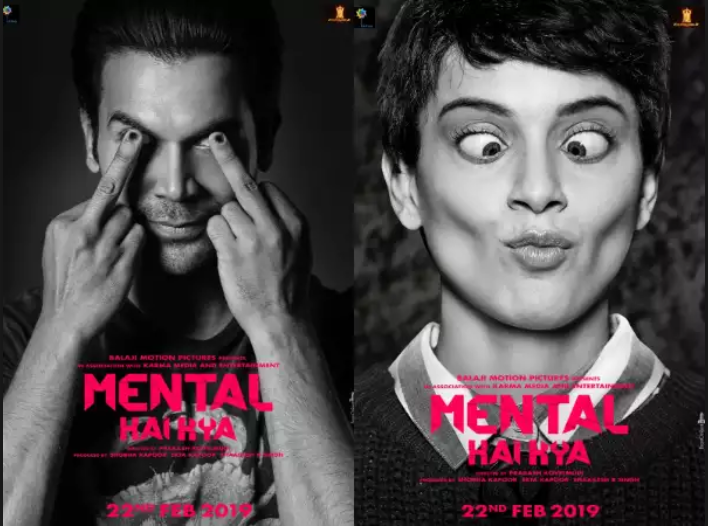 While Kangana is currently on a holiday in Manali, she will be back to Mumbai to launch the theatrical promo of Mental Hai Kya. "The team has planned a grand launch on June 19 where Kangana, Rajkummar and the entire team will be there to present the trailer to the audience," the source added. Mental Hai Kya was surrounded by controversy over its title when there were few who claimed the film's name is insensitive to patients who actually suffer from a mental condition. There were rumours that the producers had also contemplated changing the title, but they finally stuck to their original one. For now, we are all excited to see the trailer, high hopes on this one.