Jacqueline Fernandez to star in the remake of Mahesh Bhatt’s path-breaking 1982 drama 'Arth'?

It was earlier reported that Sharat Chandra has roped in South actress-filmmaker Revathi to direct the remake of Mahesh Bhatt’s path-breaking 1982 drama Arth. The film which then featured Kulbhushan Kharbanda, Smita Patil and Shabana Azmi is all set to be remade with an all-new cast. Incidentally, Revathi, who will direct the remake, played one of the leads in the film’s 1993 Tamil remake, Marupadiyum, directed by the late Balu Mahendra, as the estranged wife who eventually chooses to live independently as a single mother to the daughter of her domestic help.

According to a source close to the development, Revathi has been working on the script for a while, besides the prep, before starting on the casting. “Now, with that in place, the makers reached out to Jacqueline recently and she really liked both, the concept and her role. She is really excited to be a part of the remake of an iconic film like Arth and has given her verbal consent to the part but is yet to sign on the dotted line,” informed the source to a leading daily. 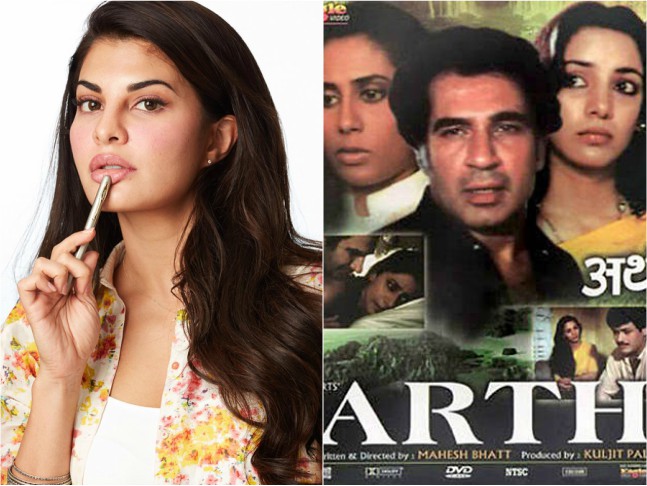 Recommended Read: Jacqueline Fernandez is binge-watching crime thrillers to get into the skin of her character for her digital debut 'Mrs Serial Killer'

In an interview earlier, Jacqueline had admitted to taking acting classes at the Ivana Chubbuck Studio in Los Angeles and wanting to get experimental with her roles.

Arth was a semi-autobiographical film by Mahesh Bhatt, delving into the filmmaker’s extra-marital affair with Parveen Babi. The film was based on a man Inder (Kulbhushan Kharbanda), an ambitious director, who gets involved with a successful actress, Kavita (Smita Patil). He deserts his wife, Pooja (Shabana Azmi), who then embarks on a journey to find her true identity.