Sonam Kapoor was also one of those who condemned the act but her tweet opened a Pandora’s Box as she got into a war-of-words with filmmaker and director of Indian Film & TV Directors Association (IFTDA) Ashoke Pandit. In fact, her tweet was not liked by the Twitterati as well who accused the actress of having double standards. Making a reference to Sonam's tweet during Kathua case, Ashoke tweeted, "U questioned d values of india by tweeting: I am Hindustan. I am ashamed. 8 years old gang-raped and murdered in 'Devi'-sthaan Temple". And now you tweet saying "I urge Ppl to not make ds into a selfish agenda" and added, "Why this disparity?" Things escalated between the two pretty quickly after this tweet. Check out the Twitter feud between Sonam and Ashoke below: 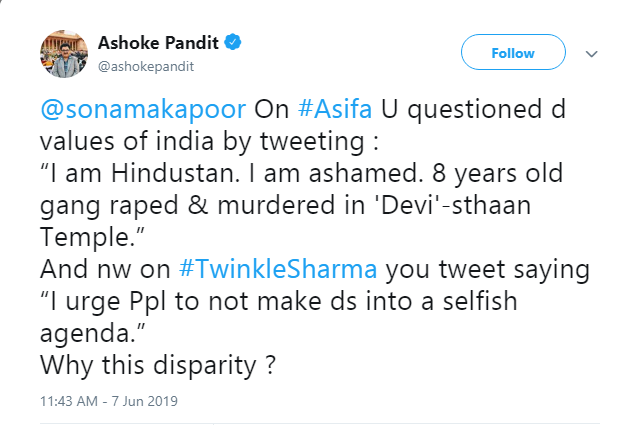 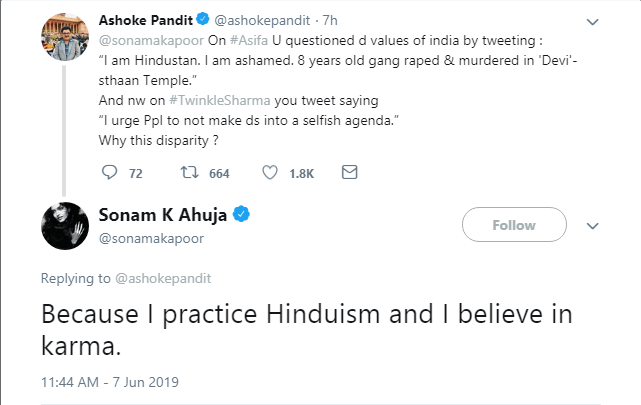 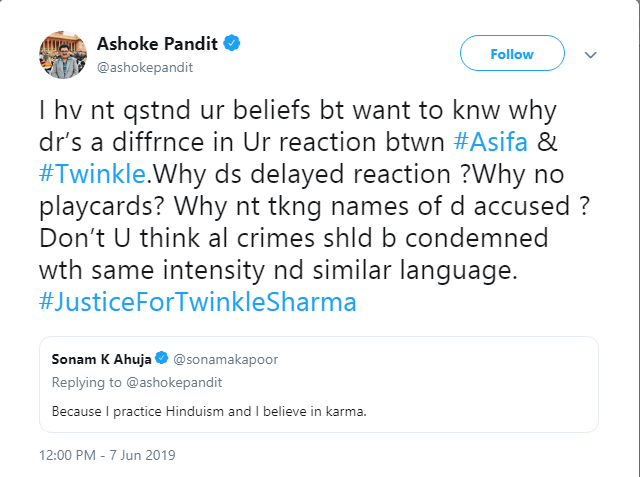 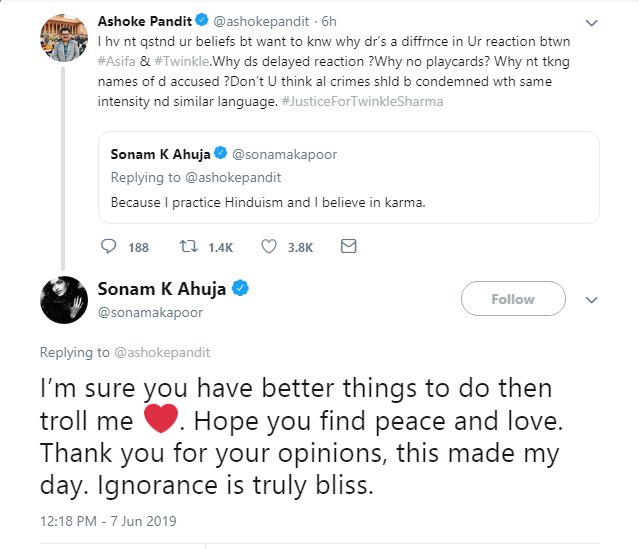 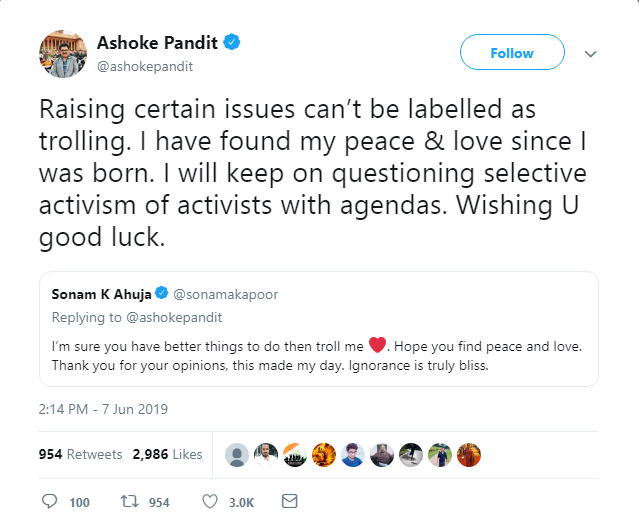 Sonam's tweet has not gone down well with Twitterati as well who also trolled the actress for having double standards. For those who are unaware about the incident, a couple of days ago a little girl by the name of Twinkle Sharma went missing in Aligarh, Uttar Pradesh. Later her burnt body was found in a dumping ground in Tappal area of Aligarh district on June 2. The two-and-a-half-year-old girl was brutally murdered with eyes gouged. The accused in the case are Mohammad Zahid and Aslam and according to the reports, the gruesome murder was committed because Twinkle’s father could not return a meager sum of Rs 10,000 to the accused.

‘Thank you for your constant grace and generosity,’ says Priyanka