As soon as the reports of Kangana Ranaut signing the film on the life of former Tamil Nadu Chief Minister J Jayalalithaa was out, the anticipation levels have been high. Now, there is a new update surrounding this project. According to reports in a leading daily, the biopic titled Thalaivi in Tamil and Jaya in Hindi will go on floors in August this year. Sources close to the film told the leading daily that Kangana is currently attending workshops to get her Tamil diction right and shall start shooting once the preparations are complete.

Reports in another leading daily, a few days ago stated that for the role Kangana will also be gaining weight to resemble the late Chief Minister. 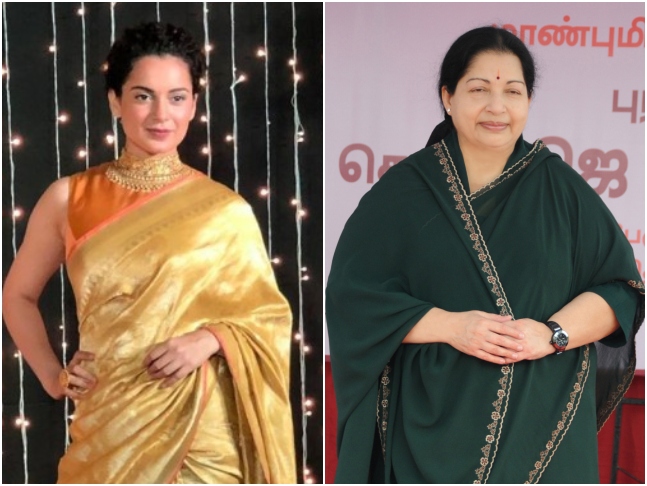 Recommended Read: Will learn Tamil to feel closer to her: Kangana Ranaut on her prep for Jayalalithaa biopic

Made on a budget of around Rs. 100 crore, Thalaivi will be released in three different languages namely Hindi, Tamil and Telugu. The makers of the film have obtained a No Objection certificate from Jayalalithaa's nephew Deepak.  If rumours are true then foreign makeup artists have been brought on board for design Kangana's look for the film. Thalaiva is directed by AL Vijay while the script is written by Vijayendra Prasad. The cinematography of the film will be Nirav Shah's responsibility.

Workwise, Kangana will be next seen in Mental Hai Kya opposite Rajkummar Rao and will subsequently appear in Ashwiny Iyer Tiwari's Panga with Richa Chadha.