Priyanka Chopra recently spoke about cultural differences with her American pop singer husband Nick Jonas. The actress revealed to a magazine that it was not hard at first but after their marriage, 'little things started popping up'.

When asked if the cultural difference bother the two, PeeCee said, "So it wasn't hard initially, but later after we got married, little things started popping up. He'd sometimes say to me, 'It's okay. It's all good. Everything will be fine.' And I am like, 'But I am not mad?' And he's like, 'But you sound like you're mad.' And I'm like, 'No! I'm just being emphatic and talking'. And he's like, 'Whoa!' And I'm just like 'Everyone speaks with their hands, and we are such a large population, we have to speak over each other to be heard you know.'" 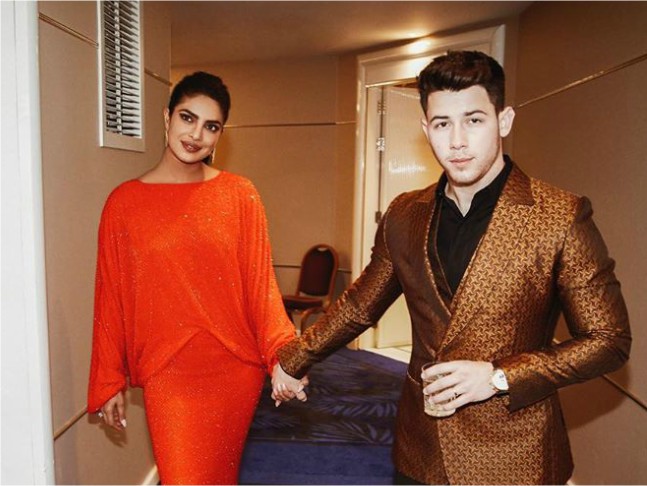 Recommended Read: Priyanka Chopra says people still give her 'a lot of shit' for being ten years older to husband Nick Jonas

Though it took a while, Nick now understands that Priyanka talking animatedly does not mean that she is upset. "Now he gets it. He tells his friends, 'She's just being passionate and emphatic,'" she said.

On the work front, Priyanka will be next seen in Shonali Bose's The Sky Is Pink. The film which also stars Farha Akhtar and Zaira Wasim is said to hit the screens on October 11, 2019.