Advertisement
HomeBOLLYWOODENTERTAINMENT NEWSIf a film fails, it is my fault, it is our fault: Karan Johar talks about dealing with Kalank's failure

If a film fails, it is my fault, it is our fault: Karan Johar talks about dealing with Kalank's failure

Karan Johar's Kalank, featuring an ensemble cast including Sanjay Dutt, Madhuri Dixit, Alia Bhatt, Varun Dhawan, Sonakshi Sinha and Aditya Roy Kapur, was perhaps one of the most anticipated films of 2019. Directed by Abhishek Varman, the film released on April 17 but failed to impress the audience and the critics, ending up with lifetime box-office collection of Rs 80.35 crore. In an interaction with a leading daily, Karan, who has time and again mentioned that the subject of Kalank was close to his heart, opened up on the film's failure and said, "There is always a reason why you fail. Post Kalank that is what I did. I reasoned with it, I contemplated it. My director Abhishek Varman and I sat down and we analysed where we fumbled. I have to be involved with each film Dharma produces, because I am not just the producer, I am the creative producer."

KJo further said, “I failed the movie by not being the right governing force. And this taught me so much. There are two ways I could have gone about this. I could have sunk in this failure or I could have questioned, ‘Why?’ Or I could have said, ‘Why did this happen and let me learn from this.’ Let this be a new 2.0 feeling where I am a lot more analytical. I am putting my projects through a lot more trials and tribulations before it is out there to an audience. When you fail and learn from it, that to me is a success. I will never look at Kalank as a failure. I will look at it as a success because it has taught me how not to fail like this." 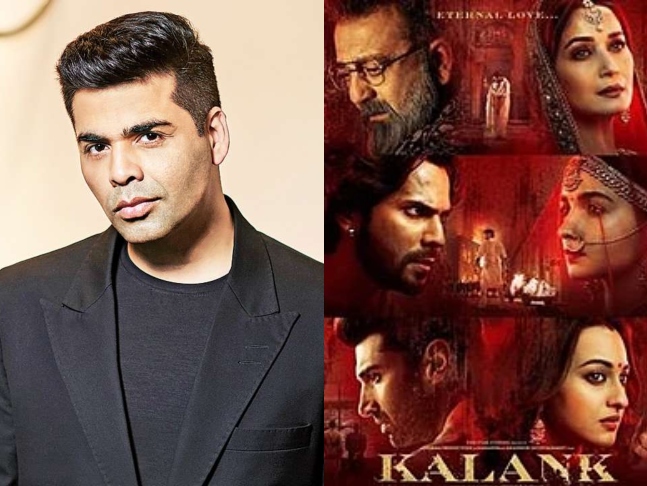 RECOMMENDED READ: It doesn't bother me much when a film doesn't work: Madhuri Dixit reacts to Kalank’s dismal run at the box-office

Further mentioning that Kalank's failure was largely his responsibility and blame, the filmmaker pointed out how he will never go through a phase of delusion and blame the audience for the failure of his film. Adding how he should have been much more vigilant, Karan signed off by saying, If a film fails, it is my fault, it is our fault. I am the older one and I have to be the wiser one. I shouldn’t be making mistakes."

Meanwhile, Karan has started prep for his next directorial venture titled Takht.

‘You will truly be missed,’ says Aishwarya Rai Bachchan as she pay