Kajol is all set to join the team of Renuka Shahane's next directional film Tribhanga featuring Shabana Azmi and Internet sensation Mithila Palkar who made her Bollywood debut in 2018 with Irrfan-Dulquen Salmaan starrer Karwaan. Reports say that the actress who was last seen in Helicopter Eela is in talks with Renuka and discussions are in full swing. The actress will also be seen in her home production Tanhaji: The Unsung Warrior as Ajay Devgn's wife.

About Tribhanga, a source close to the development informed a leading daily, “Renuka has been discussing the project with Kajol since the last few months. She liked the subject and has verbally agreed to it. Formalities should be finalized soon. The film revolves around three women from three different generations of the same family. Renuka has been working on the script for a long time now and has been getting positive feedback from those who have heard the story.” 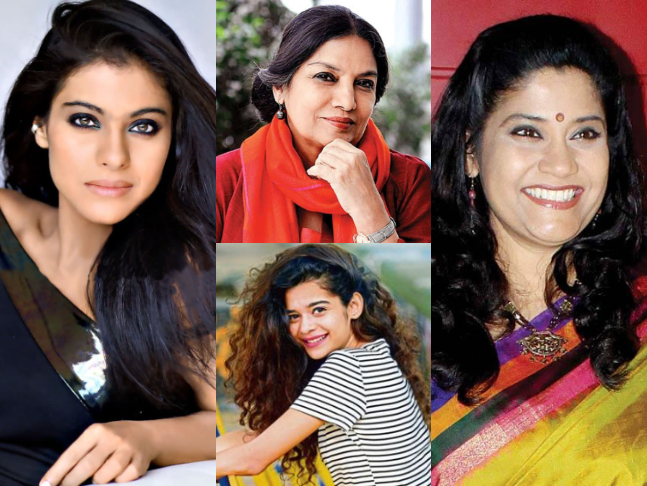 “The entire film is set and will be shot in Mumbai. It will go on the floors by the end of this year. All the three female protagonists have really powerful characters. Reading sessions and workshops will begin a few weeks before the shoot. Casting for the male actors in the film is currently underway. It is unlikely that Renuka’s actor-husband Ashutosh Rana will feature in it,” the source concluded.

To be produced by Siddharth P Malhotra, Tribhanga marks Renuka’s return to direction ten years after helming the 2009 Marathi drama Rita which had featured Jackie Shroff and Pallavi Joshi.