'I did not find it funny': Omung Kumar breaks his silence on Vivek Oberoi's and Aishwarya Rai Bachchan's meme

Vivek Oberoi found himself in deep trouble after sharing a meme on social media that compared his ex-girlfriend Aishwarya Rai Bachchan's life to Lok Sabha Election 2019's stages. The meme depicted Aishwarya's relationship with Salman Khan as opinion poll while her affair with Vivek was shown as an exit poll and 'final results' caption was given to a picture of hers with her husband Abhishek Bachchan and daughter Aaradhya. Vivek, for the meme, received severe backlash from the film industry.

Omung Kumar, the director of Vivek's film PM Narendra Modi, during an interview with a leading daily, spoke about the meme incident and said that he didn't find the meme funny. He added that this was a case of the wrong judgment and much more disastrous incidents have occurred in the past. Omung, further added that Vivek shared it as he considered it as a joke but done in a wrong way. "I did not find it funny. There is nothing funny about it. But wrong judgment ho gaya, wo ho jata hai. Isse zyada disastrous things hue hain. This is nothing much," Omung was quoted. 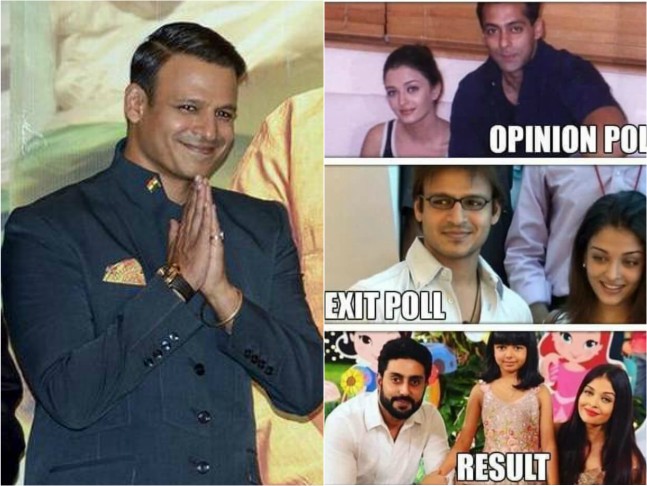 Recommended Read: Aishwarya Rai Bachchan Meme Row: From shoddy creatives to apologizing for the tweet, here's what Vivek Oberoi did in the past 24 hours

"Delete kar diya, apologise kar diya, by mistake ho gaya. It was a mazaak, it happened in a wrong way. Sometimes you think it's funny and you should share it par kisi ko funny lagta hai toh kisi ko nahi lagta hai. People objected to it and he deleted it...sorry bol raha hai. There is nothing big about it...ho gaya, ho gaya. People laughed at the meme when they saw it...agar koi object kar deta hai toh wrong lagta hai," Omung added.

When asked whether Vivek was at fault or not, Omung said, "That I can't say. It's his prerogative. I am no one to judge. If I pass judgment, I will also become a target of trolls."

PM Narendra Modi, after much delays, is all set to release on May 24.

'Mentally, she is more grown-up, I look up to her,' says Janhvi Kapoor