Advertisement
HomeBOLLYWOODENTERTAINMENT NEWSWith the announcement of ‘Laxxmi Bomb’, Akshay Kumar’s ‘Sooryavanshi’ to not clash with Salman Khan's 'Inshallah' on Eid 2020?

With the announcement of ‘Laxxmi Bomb’, Akshay Kumar’s ‘Sooryavanshi’ to not clash with Salman Khan's 'Inshallah' on Eid 2020?

Akshay Kumar has kickstarted the shoot of his forthcoming horror-comedy Laxmmi Bomb. He has even shot a song for the film. The film is the official Hindi remake of Raghava Lawrence's Tamil directorial Kanchana. Akshay will be seen essaying the role of a man who gets possessed by the ghost of a transgender. Akshay shared the first look of his film and announced its release date today. The film also stars Kiara Advani in the lead.

Interestingly, Laxmmi Bomb is all set to release on June 5, 2020, which is two weeks after Eid. With this release date, the Eid window is open for Salman Khan to release his film as the actor has always been partial to the festival. Akshay’s cop drama Sooryavanshi directed by Rohit Shetty is now not releasing on Eid 2020 as per reports in an entertainment website. The film’s new release date will be announced soon. 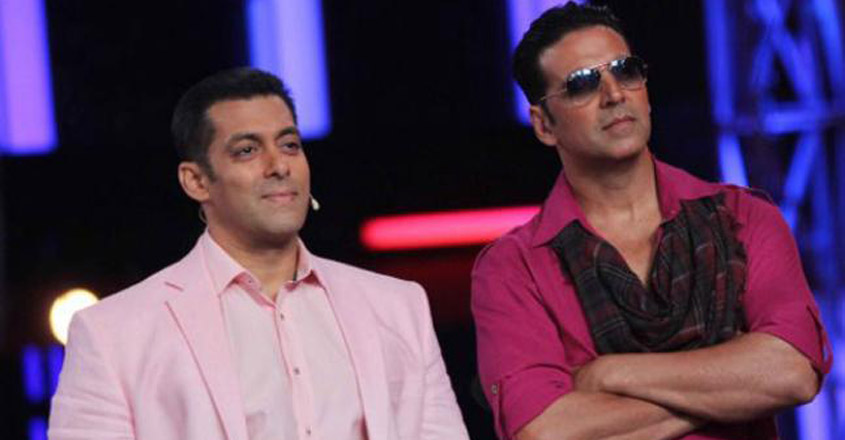 RECOMMENDED READ: Ranveer Singh as Simmba was a brat but Akshay Kumar is a very stylised cop, says Rohit Shetty on Sooryavanshi

Bringing you one bomb of a story,#LaxmmiBomb starring @Advani_Kiara & yours truly!Bursting in cinemas on 5th June,2020
Fox Star Studios Presents
A Cape of Good Films Production in association with Shabinaa Entertainment & Tusshar Entertainment House
Directed by Raghava Lawrence pic.twitter.com/vlXyK4HkNE

An insider told PeepingMoon, “So it's kind of certain that Rohit Shetty's Sooryavanshi will no longer release on Eid 2020!! Akshay Kumar will rather release his horror-comedy Laxmmi Bomb two weeks later on 5th June. Salman Khan will once again enjoy the solo Eid weekend with Bhansali's Inshallah!”

The clash of Salman’s Inshallah and Akshay’s Sooryavanshi on next year Eid was speculated to be a major one and the industry hoped that it gets averted. Apparently, Katrina Kaif who stars in Sooryavanshi opposite Akshay had told a website that Salman will not let Inshallah clash with Akshay and her film.

Presenting the youngest player in the team, Dhairya Karwa as Ravi Shashtri in the latest poster of '83